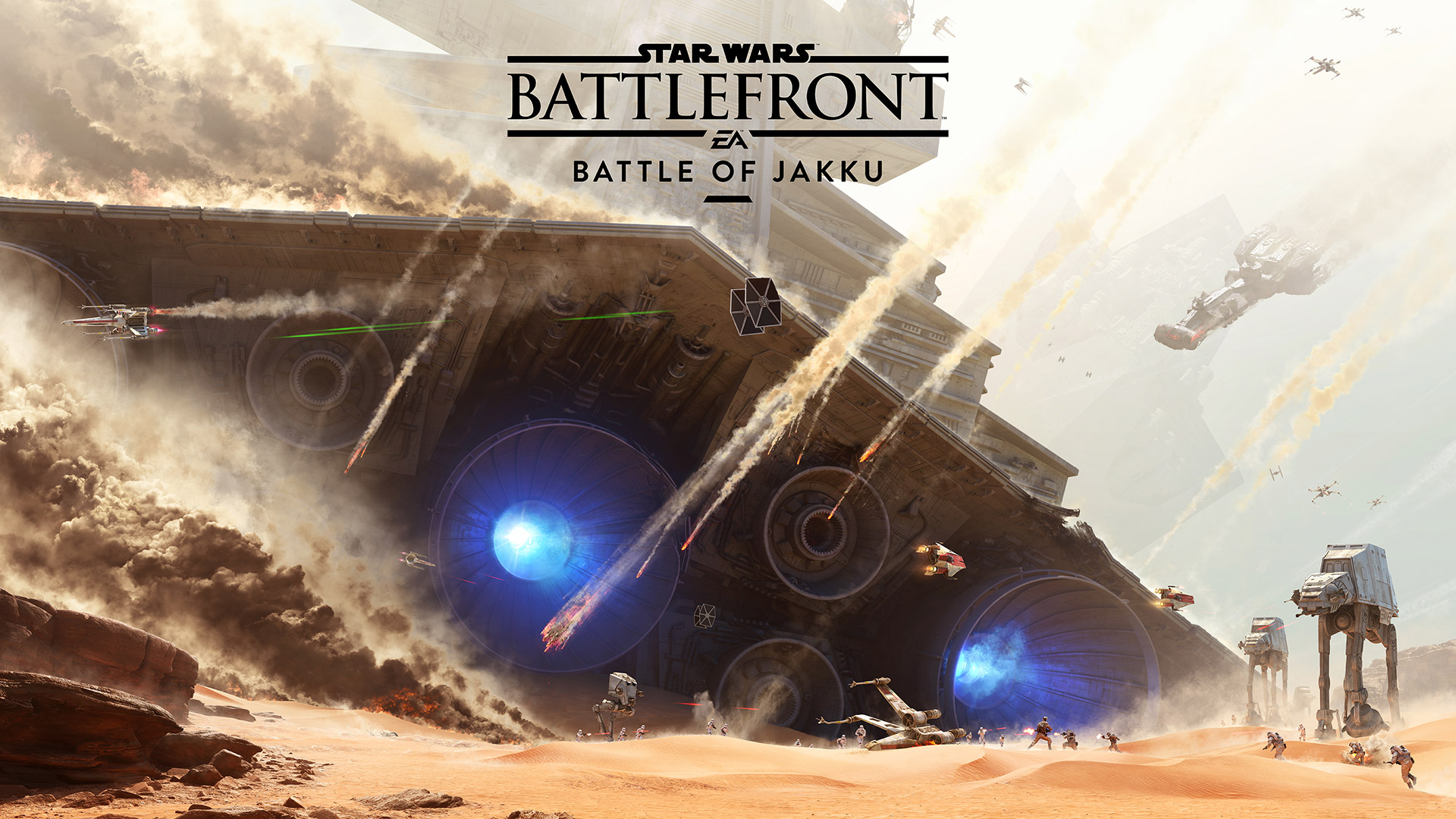 A few days ago all those who have pre-ordered Star Wars Battlefront have been able to download the free DLC pack called Battle of Jakku. All those who didn’t pre-order had to wait until today, December 8th, to download and enjoy the extra content. A few hours ago the Battle of Jakku free DLC has been made available for download for everyone on PC and PlayStation 4.

The Star Wars Battlefront Battle of Jakku DLC pack is now available for download on Origin and the North American PlayStation Store for those who didn’t pre-order the game. As mentioned above, the DLC pack can be downloaded for free so make sure to download it as soon as possible if you’re enjoying Star Wars Battlefront and want to experience more of it.

The Star Wars Battlefront Battle of Jakku DLC pack allows players to take part in the Battle of Jakku, a terrible battle that left the planet as it will be seen in the soon to be released new Star Wars movie, The Force Awakens. The pack is now available for everyone on PC and PlayStation 4 and it should become available on Xbox One soon.

Star Wars Battlefront has been recently updated on PlayStation 4, Xbox One and PC. The 1.03 update introduced a variety of fixes, tweaks and enhancements that improved the experience such as improvements for vehicle physics, balancing tweaks for all play modes, HUD adjustments and much more. Before the 1.03 update, Star Wars Battlefront received two other updates introducing even more fixes and tweaks that improved the experience considerably.

Star Wars Battlefront is now available in all regions on PlayStation 4, Xbox One and PC. We will let you know more about the game’s future updates and additional content as soon as possible so stay tuned for all the latest news on the popular DICE developed shooter game.