Batman Arkham Knight To Get Heavier Rain In Next Update 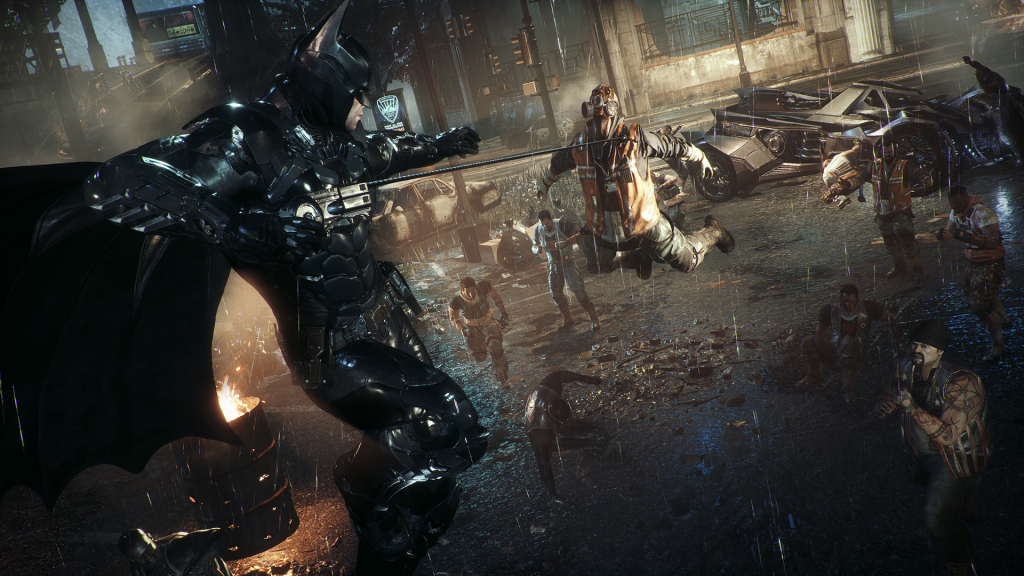 Batman Arkham Knight To Get Heavier Rain In Next Update

A few hours ago it’s been confirmed that Batman Arkham Knight will be getting heavier rain in the next update for both PC and consoles. The improved rain effects will be added to the PC version of the game in the December update while the PlayStation 4 and Xbox One versions will be getting it in January’s update, most likely because the console versions updates are already in the certification phase. No video or screenshot featuring heavier rain has been released but we will definitely see more of it soon.

Batman Arkham Knight has received plenty of DLC packs in the past few months. A few days ago the Novmber DLC packs have been made available on PlayStation 4 and Xbox One, including new Arkham City Stories starring Catwoman and Robin, new AR Challenges, new skins and more. Other DLC packs will be released later this month, including the game’s expansion Season of Infamy which will add new Most Wanted Missions starring Killer Croc, Mr. Freeze, Mad Hatter and Ra’s Al Ghul. New skins and AR Challenges are also getting released this month. A precise release date for the December DLC packs has yet to be confirmed but more on the matter will surely be coming soon.

Batman Arkham Knight is now available in all regions on PlayStation 4, Xbox One and PC. We will keep you updated on the game’s DLC packs and updates as soon as more comes in on them so stay tuned for all the latest news.