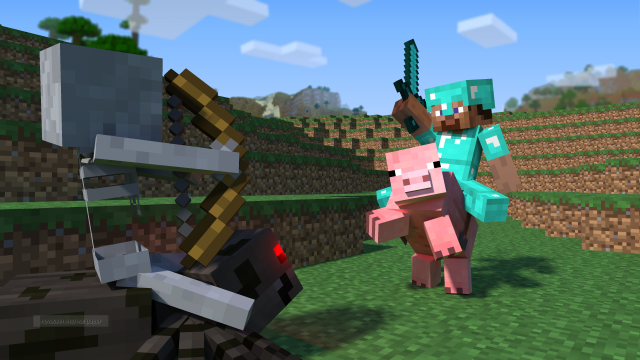 A new edition of Minecraft, the popular sandbox game created by Mojang, is going to be released next week on Wii U in all regions but this doesn’t mean that Mojang and 4J Studios have forgotten about the other console editions of the game. A few hours ago Minecraft Xbox One Edition has received a new content update and the full details on what the update added have finally been revealed.

The new Minecraft Xbox One Edition content update 19 adds plenty of new items to the game such as the Armor Stand, Raw Rabbit, a variety of flowers and plants, new blocks such as Polished Granite, Andesite, Slime Blocks, Packed Ice and others, new Mobs, Biomes and much more.

Here are the full details of the new Minecraft Xbox One content update.

Minecraft is now available on a variety of formats such as PlayStation 3, PlayStation 4, Xbox 360, Xbox One, PC and smart devices. The game will finally become available on Wii U next week in both North America and Europe.

Zach RileyJanuary 31, 2023
Read More
Scroll for more
Tap
Resident Evil 0 HD Remaster, Street Fighter V And More To Be Shown In Next Episode Of Capcom TV
Batman Arkham Knight To Get Heavier Rain In Next Update