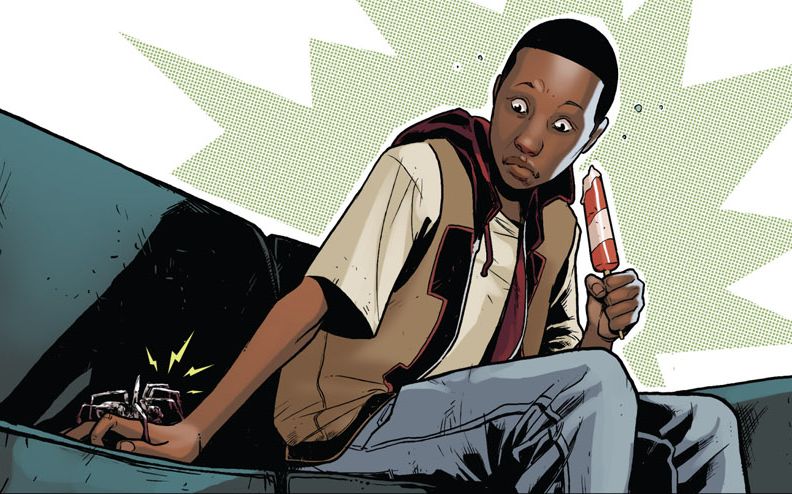 The animated Spider-Man film set to be released in late 2018 by Sony has found two more actors to join in on the movie. The film will revolve around Miles Morales and his role as Spider-Man following in the footsteps of Peter Parker. Actors Mahershala Ali and Brian Tyree Henry will be joining the film as they will be voice acting in prominent roles.

Ali is known for his role on the Netflix TV series House of Cards and more recently his Oscar winning part on the film Moonlight. Henry is known for his role as rapper “Paper boi” in the emmy award winning television series Atlanta on FX. The duo have signed on to play as the uncle and father of Miles Morales with the uncle having the larger role in the film. Ali will be voicing Miles’ uncle Aaron and Henry will be playing his father Jefferson Davis.

Aaron Davis is known to be a criminal in the comic books and becomes a master thief named the prowler and Jefferson is a former NYPD officer and had worked with SHIELD in the past. Rio Morales, Miles’ mother has yet to have an announcement of an official casting for her but it is expected to be made at any time now.

The film is separate from the MCU Spider-Man and is part of a separate standalone universe. The untitled Spider-Man film is written by Phil Lord and Christopher Miller, who until recently were directing the upcoming Han Solo film spin-off. It is currently being co-directed by Bob Persichetti (Puss in Boots) and Peter Ramsey (Rise of the Guardians). As previously announced, Shameik Moore (The Get Down, Dope) will be voicing the main star of the film, Miles Morales.

There are no trailers or images as of yet but the animated Spider-Man feature film will be releasing on December 14, 2018.