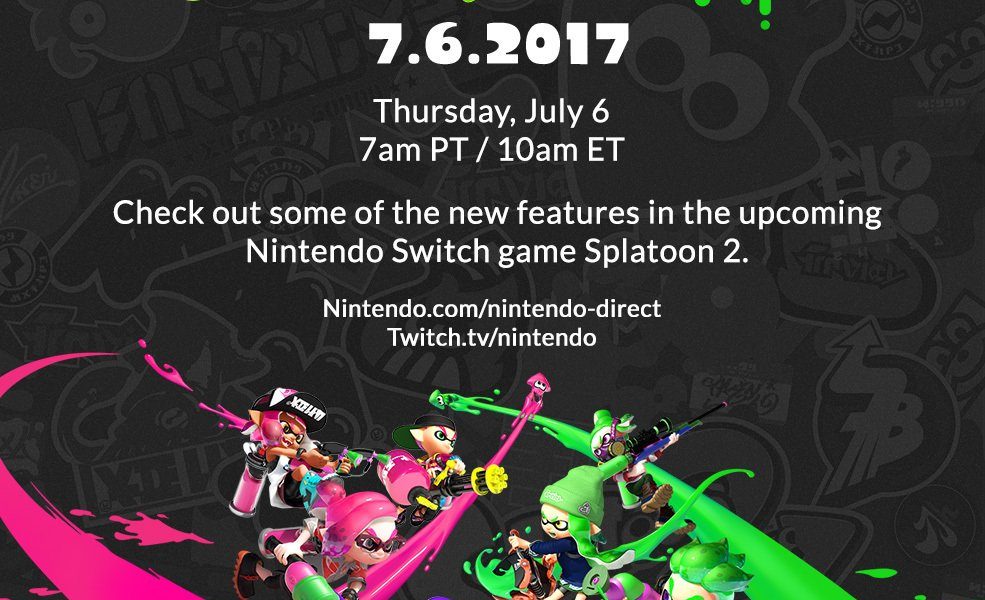 Nintendo continues its march towards a big release of Splatoon 2, announcing a Direct set for later this week. The company promises a “re-FRESH-er” on the upcoming title, as well as reveals of new features. The Direct will be streamed on Nintendo’s own site and their twitch channel this Thursday, July 6th at 7 A.M PST.

The original Splatoon was a hit when it released over two years ago. Critics lauded its mechanics, style, and soundtrack. Nintendo also received praise for entering the shooter genre with a new IP. Splatoon hit the perfect balance between family-friendly game and competitive shooter. Splatoon topped sales charts in the UK and Japan on its release, and became Nintendo’s best selling new IP since Wii Sports.

Splatoon received criticism mostly for its multiplayer. Critics focused on a lack of multiplayer maps at launch, as well as no available voice chat feature. Nintendo provided extensive post-launch support, adding new content on a monthly basis. At launch, the game had 5 maps, by December of the same year, it had 16. Splatoon 2 will continue with these changes, and will have a slew of new features and modes:

Splatoon 2 is part of the first waves of games in Nintendo’s dive into Esports, along with ARMS and Pokken Tournament DX. Super Smash Bros has always been a huge competitive game, but the company never embraced its Esports scene. Holding official tournaments at E3, along with launching Nintendo Versus, an official account for competitive updates, shows they are ready to enter the rapidly expanding industry. Splatoon’s fast-paced and original style make it perfect for Esports audiences. Nintendo has an edge over Sony and Microsoft in console-based competitive gaming, so entering the scene is a wise move. Expect a lot more Nintendo-sponsored Esports events in the future.

Splatoon 2 Launches on July 21st, be sure to check out the direct this Thursday!