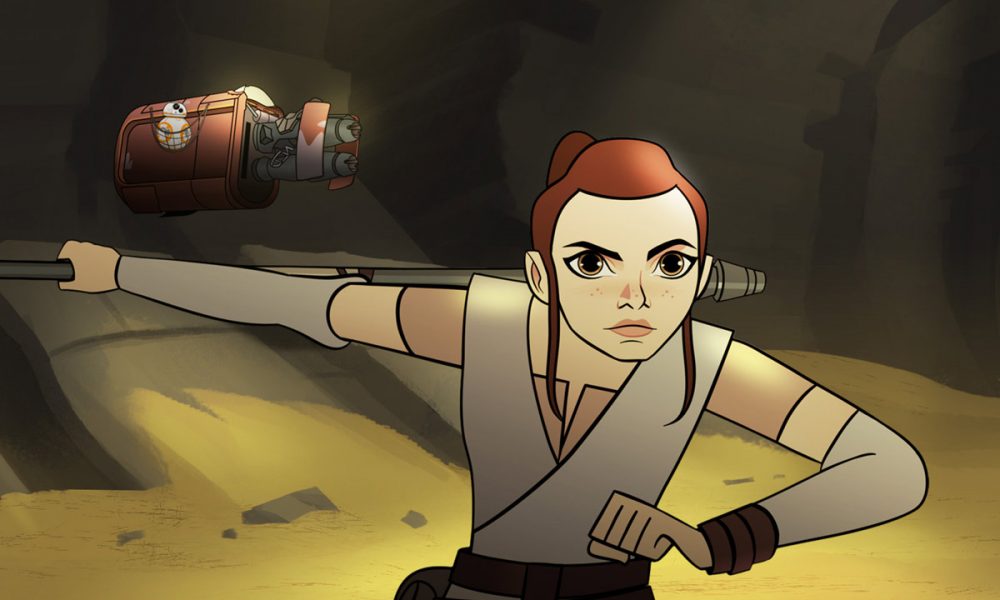 Before I begin, this article isn’t complaining about situations like Forces of Destiny being a female-led series. It is discussing these types of situations and pointing out that if it were the other way around, there would be just as much complaining and that we should stop getting so annoyed.

Everything in entertainment is political to a degree. There’s always moves being made by the various industries in order to create a message or to properly represent a demographic. However, entertainment has become so political in the past few years especially that it’s starting to detract from the enjoyment and escapism people are supposed to be feeling. One group of people will always find a way to be happy about it. That being said, another group will always feel like they’re being alienated while people with opposite ideologies are being pandered to. In the case of Forces of Destiny, liberals are happy but conservatives are upset.

Continuing with the example of Star Wars, many conservative fans aren’t very happy with the progressive direction that the series has taken under the leadership of Kathleen Kennedy. The most common complaint that conservatives will throw at the new content is that it is pandering to “SJWs”. They don’t like that Rey (a woman) and Jyn (another woman) have been the lead characters of the last two films and of the next one coming out this year as well. They also really hated the idea of Finn and Poe (two men) being in a relationship.

To be honest, it doesn’t really matter. Who cares if a woman or a man is leading the film? The only thing that matters is that the film is enjoyable which, in the cases of both The Force Awakens and Rogue One, they were. Beyond that, people who are part of the LGBT community also exist and plenty of them are quite talented, having entered into the entertainment industry through acting, writing, directing, etc. So, Finn and Poe being together is a possibility that you should just get used to, even if it doesn’t happen.

Moving on to an example of liberals feeling this way, a general complaint they have is the portrayal of women in entertainment. While the scantily clad female warriors in video games and damsels in distress have been parodied to death (and for good reason), the issue extends beyond that. They’ll get outraged at women not holding positions of power, or that they are sexualized and sexually assaulted in series like Game of Thrones.

I’d argue Game of Thrones is the wrong place to be complaining about patriarchal elements in the entertainment industry. It’s a fantasy based on our own dark ages, which means it’s a male-dominated world. As a result, women would rarely hold positions of power let alone be as badass as Daenerys, Arya, Sansa, Catelyn, Cersei, Brienne, Ygritte, and even the Little Bear. As for sexualization, I point to the numerous male-only nudity/sex scenes in the series. Finally, where sexual violence is concerned, the most vocal example is Sansa being raped by Ramsey. To that, I have many things to say. Yes, it was disturbing to watch, but it was important to the story. It showed us even more the kind of person Ramsey is and made Sansa’s eventual revenge on him all the more satisfying. Not only that, sexual violence is committed against men as well in this show. Both Theon and Varys were tortured and had their genitals removed and Theon was almost raped by another man in season two.

Don’t boycott things because you’re feeling like someone is being pandered to. Forces of Destiny is hardly something to complain over since the vast majority of Star Wars content is male-led. We’re also getting a male-led movie about Han Solo (hopefully) next year. As for the other way around, movies like The Great Wall shouldn’t be boycotted because a white man is leading an army of Chinese soldiers. It isn’t pandering to a white male, power fantasy. Not only does it make narrative sense if you actually watch the movie, but the film was created by Chinese filmmakers who specifically picked Matt Damon for the role. Even though it ended up not being that good anyways, it at least deserved a chance to prove itself like every other entertainment product in the industry.

So please, stop complaining about the various decisions made in the creation process for entertainment. There’s no need to turn a medium that is supposed to unify us all into a political nightmare where people are afraid to even speak their opinions on certain products for fear of being ostracized. Not only is that an issue, but entire projects where people spent years pouring their heart and soul into it are destroyed by people who act this way. Just enjoy the entertainment you’re experiencing and, if you can’t, don’t try to take that enjoyment away from others.

Frankie WallaceDecember 15, 2021
Read More
The solution to the North Korean missile threat is in China’s hands and they know it
Pokemon GO’s Servers Are Currently Absolute Trubbish