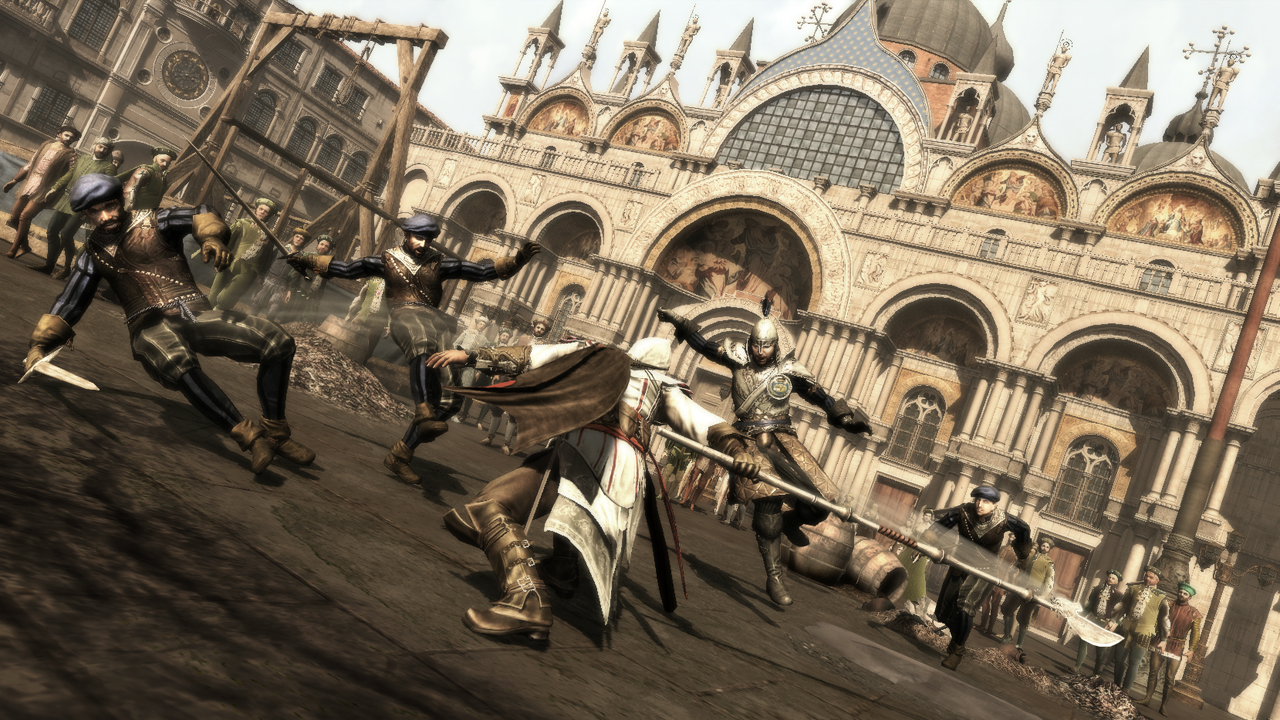 Famed Hollywood Producer Adi Shankar is so confident in his upcoming Netflix series based on the Castlevania game franchise, set to premier July 7th, he has already announced his next big project: an anime series based on Assassin’s Creed.

“I’m happy to let you guys know that I’ve selected my next project! I played the first edition of Assassin’s Creed the year I moved to Los Angeles to pursue my dream. At that moment I knew absolutely no one in the industry and could never have imagined that one day Ubisoft would ask me to take the world of Assassin’s Creed and create an original story set in it as an anime series. If anyone tells you not to follow your passion in life they are wrong.”

Strong words from a man who has proven himself with movies such as Dredd and The Grey. While we do not know anything about the Assassin’s Creed anime, including its cast, title, or setting, we do know Ubisoft recently talked with Netflix to create a new series. Given that Shankar’s Castlevania anime will air on Netflix, I will not be surprised if Assasin’s Creed: The Anime (or whatever it will be called) will also be a Netflix exclusive.

Even though Shankar has revealed next to no information about the show, we can always hypothesize about it. For example, depending on the popularity of the Castlevania anime, the Assassin’s Creed anime might be written by Warren Ellis and animated by Frederator Studios. Furthermore, given how Assassin’s Creed will be an anime, the show would be ripe for a story that takes place in the home country of anime: Japan. Admit it, when you first heard it would be an anime, your first thought was of ninjas clad in white hoods, leaping from rooftop to rooftop and using traditional ninja gear and Assasin’s Creed’s iconic (that’s proper iconic and not Ubisoft’s definition of iconic) hidden blade. And, if the Assassin’s Creed anime takes place in Japan, those who even have a cursory knowledge of Japanese history — or have played games such as Onimusha — would  probably agree with me that Oda Nobunaga would make the perfect villain for the show. Hey, stop staring at me like that; do some research on the guy and you will see that I’m right.

While I wish Shankar the best with making this show, I do not need to pray that it will be better than the 2016 Assassin’s Creed movie; it’s a foregone conclusion that the show will be superior, because the movie was just awful.

Frankie WallaceFebruary 9, 2021
Read More
Gaming On The Go Is Our Future
Valve takes control of the Dota eSports tournaments