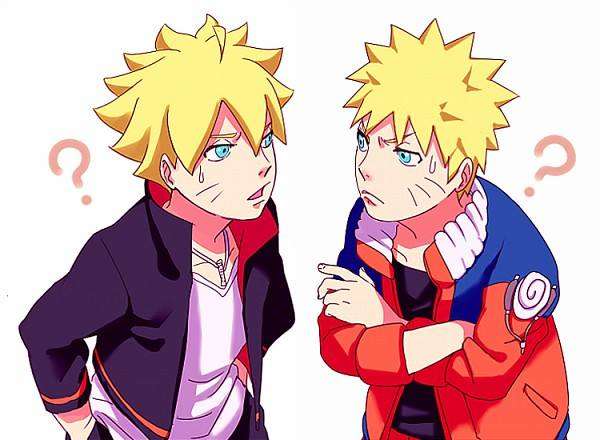 Now that the first major story arc of Boruto: Naruto Next Generations has come to a close, I thought I’d take a look at how it compares to its predecessor. While it definitely has a leg up in certain areas and is good in its own right, overall, Naruto was considerably better when it came to story, characters, and emotional impact. To be fair, I’m only going to compare content from their first arcs.

I will give Boruto that it deals with much more mature themes than Naruto did this far in such as suicide, nationalism, brainwashing, imperfect families, etc. The most mature theme Naruto dealt with for the longest time was discrimination until they added in characters like Gaara and Neji. However, this is about the first arcs and those two characters were added in later. Boruto does an excellent job of balancing all these different themes in a way that Naruto doesn’t really manage to do until later on, mainly in Shippuden.

*Spoilers for the first story arcs of both series ahead. Proceed with caution*

As for the overall story of their first arcs, I believe both are good and have minor flaws, but Naruto edges out Boruto here as well. Boruto’s combines a bunch of introductory sequences into an over-arching plot of a man trying to seek revenge against the Leaf Village for past wrongs. The story revolves around a special ability that Boruto picks up, that is still unexplained as of right now, allowing him to track the chakra energy being stolen from various villagers in attacks. Eventually, it is revealed that the ninja academy’s class representative is behind the attacks and that she is the daughter of the man seeking vengeance against the Leaf Village. Boruto senses her reluctance to move forward with her plans and eventually talks her into returning to the village and seeking penance for her crimes.

Naruto splits the first arc into two, dealing with the introduction to the world through various episodes then getting into its first big story. Naruto and his team are sent to protect a bridge builder named Tazuna from a drug kingpin named Gato. Tazuna is under attack because the bridge he is building to the mainland will effectively put a stop to Gato’s empire and he sends assassins after them. After defeating the swordsman Zabuza, the team trains and eventually face off against him and his apprentice Haku on the bridge days later. Naruto also taps into a hidden power, that of the demon fox sealed inside him, and defeats Haku who is revealed to be a refugee from a nation that hates people with abilities like his. Haku was given meaning by service to Zabuza and sacrifices his life to protect him. Gato then decides to dispose of them all and Naruto convinces Zabuza to help him take down the kingpin.

Both are pretty good stories, but Naruto shines brighter here. The end results of both arcs are the same: the main character talks the villain (class rep in Boruto and Zabuza in Naruto) into stopping their plans. Fans of the series as a whole are very familiar with this plot line. However, Naruto’s result felt earned whereas Boruto’s result felt forced.

The bond between Haku and Zabuza, as well as their tragic backstories are brought to the forefront here. Kishimoto does a great job of making you care about them both, despite being villains. When Haku gives up his life for Zabuza, you can tell he cares but he just won’t admit it because it goes against his ideology. When Naruto speaks to him, he finally cracks and joins the hero in taking down the true villain.

As for Boruto, we get basically 5 minutes of backstory for the class rep and it’s only in one episode. As an audience, it’s hard to care about her or what she’s doing since not only is it much more convoluted than Zabuza and Haku’s story, it’s less fleshed-out. She’s also been redeemed and is returning as a recurring character once more. As a result, her story has less impact than Zabuza and Haku, who both died at the end of the arc. Sure, those two come back later, but it’s brief and it serves as a measure of character growth rather than hindering the story like the class rep’s redemption.

It’s only just finished its first arc, but Boruto has been a little disappointing so far from the perspective of someone who wanted to give the Naruto universe another try. It might work as an entry-point series for some, but as someone who grew up watching the original series, despite its own issues, this series hasn’t lived up to my expectations. It isn’t bad, in fact it’s a good first story arc. However, it pales in comparison to the quality its predecessor had at least as of right now.

Mike GuarinoDecember 5, 2019
Read More
Tony Hawk’s Pro Skater HD Skates off into the Sunset with One Final Sale
Wolfenstein II’s “German or Else!” Paints a Saccharinely Grim Picture of America Under Nazi Control