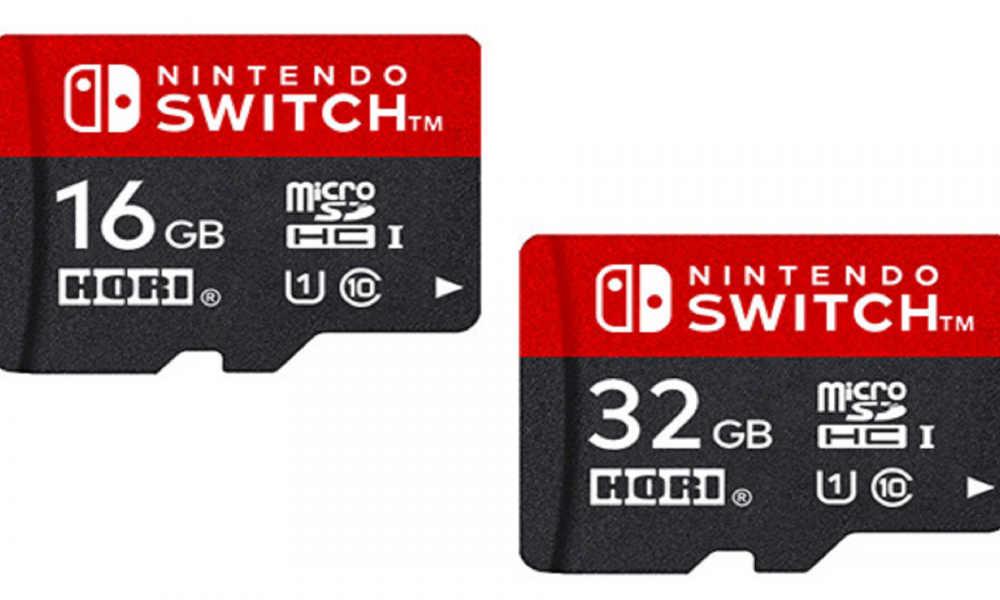 There is a major concern I had when the Nintendo Switch has unveiled that almost nobody talked about. The Nintendo Switch’s storage capacity which is not bad by any means. However, it also is a concern that should be taken into consideration in the ever expanding sizes of video games. SD cards have become a necessity for portable devices because of this.

This announcement shouldn’t come as a surprise if you know this. But Nintendo games are going to require an SD card in order to play them besides the physical copy. The first example of such games is going to be NBA 2K18.

SD Cards? But why?

The issue comes due to the fact that some content comes “Out of the box”. And while the game isn’t entirely unplayable, you still need to download some chunk of data to a MicroSD card.

This basically means that gamers will have to give up some more cash in order to get a MicroSD card for the Switch. Namely one of the official Nintendo SD cards that offer up to 128GB of storage capacity. It’s not that big of an issue, but some players might be against buying a high capacity SD card due to the pricing.

When questioned about this, Nintendo of America mentioned that NBA 2K18 might not be the only title that will have this problem. “A microSD card will be needed for certain Nintendo Switch games that contain an especially large amount of content and require additional storage for players to enjoy the full experience.” Said a representative of Nintendo of America to IGN. “If you purchase a physical version of a game that requires an additional microSD memory card, you will be able to play a portion of the game right out of the box (for example, specific levels or modes). “

The silver lining to all of this however, is that any and all titles that require a MicroSD card will have a warning on their cover. With this, players won’t have an unpleasant surprise when they try to play their newly acquired game. Is this a big deal? Not really.