Lawbreakers Proves Gamers are SICK of Hero Based Shooters 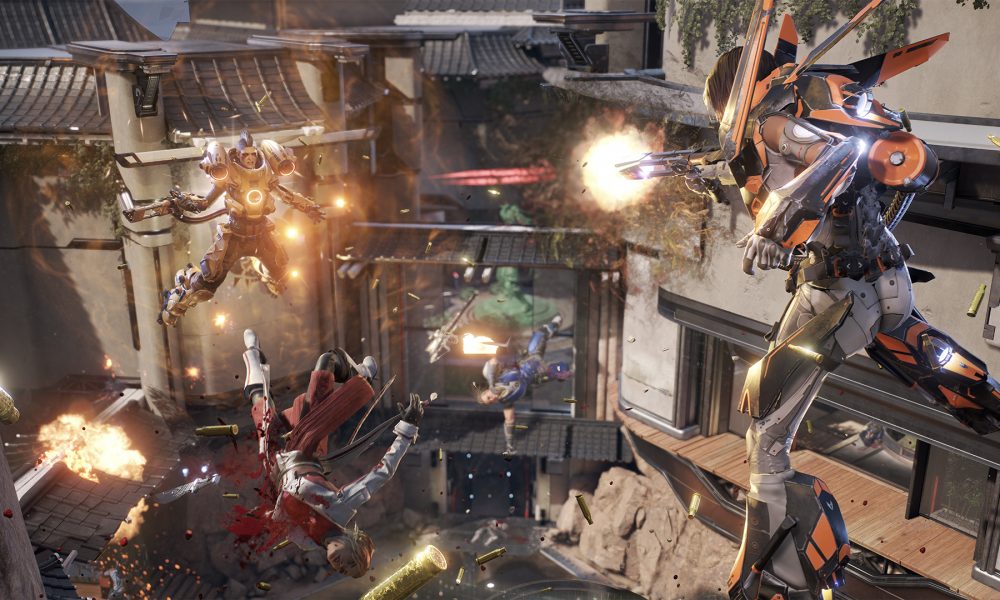 Lawbreakers Proves Gamers are SICK of Hero Based Shooters

Guess what guys? The new game Lawbreakers came out and got abysmal sales numbers! Not only that, but the game is almost dead on PC at the moment! Is that shocking to you? Neither to me, because it sends an obvious message that game companies should understand by now. The market is oversaturated with Multiplayer Hero Based Shooters.

It’s always the same thing, a game nowadays has to be “The next eSport game that everyone talks about”; this isn’t exclusive to hero based shooters, mind you. All kinds of games have tried to become accessible or hero based shooters to try and become an eSport of epic proportions. It started with Overwatch but soon other games like PlayerUnknown’s Battlegrounds, Paladins, Battleborn and many other examples started to share the screen.  The audiences naturally would get tired of getting the same game that has a competitive edge to it and nothing more.

Lawbreakers, the game that came out in an oversaturated market.

Don’t get me wrong, I am a competitive gamer. But the market has become ridiculously oversaturated with Multiplayer hero shooters that have the multiplayer feature and nothing else. It’s almost like these games are built with the sole purpose of being multiplayer and that’s about it. And while I accept the idea of having at most 3 games that do this, this is getting too cluttered with games that are structurally the same.

Lawbreakers is one of the examples, which came in a time where we have not one (Overwatch), not two (Paladins). But three examples of Hero based multiplayer shooters (Battleborn), All of these games came in the same time frame of months between each other. And players are essentially being enticed to pick up 4 of the same game with different aesthetics and graphics. Battleborn was the biggest example of how oversaturated the market was.  With the lowest sales numbers between it Overwatch and Paladins.

WIth this in mind, what should entice players to pick up yet another game like Battleborn? Or like Overwatch? Even while the game can co-exist with the two, Lawbreakers is the unfortunate last pick of the four examples I mentioned. And thus, it becomes a pick almost nobody will be getting because they already have one or two games that are similar in structure.

Co-existing is not the same as Cluttering.

Look, it’s not that other games in the genre aren’t welcome to try and be part of the spectrum. But the inherent problem in releasing games in such an oversaturated market is that they’ll get inevitably compared to far more successful titles in the genre. The very first thing people thought of when shown Lawbreakers was “Overwatch”. And is something that the developers of the game got constantly bugged with since the game’s announcement.

Not only that, but the comparison was even drawn by multiple outlets and critics, there was no one time where the game wasn’t referred to as “Overwatch but with X”.

It only takes a single look at the game’s steam charts to see the problem with releasing a game like this in 2017. Because of the saturation in the hero based shooter genre, a lot of players find a very tough sell when it comes to Lawbreakers. Especially since, even with faster gameplay, anti gravity mechanics,5 different game modes and beautiful graphics. it’s still a multiplayer hero based shooter where you shoot down the people on the opposite team to win, like Overwatch.

The game is not bad, it just came at a bad time.

Don’t misunderstand me, I am not calling Lawbreakers a bad game, far from it. The Gravity-Based gameplay is a pretty innovative concept on its own. But what does it mean when the objective of the so-called  “Dark Souls of shooters” is to kill people and do an objective just like with Overwatch? In fact, the question drives further when the gameplay mode “Blitzball” feels very similar to a mode called “Mannpower” in Team Fortress 2.

Now, the developers have already confirmed that they don’t want to steal the gold but rather just be a silver to Overwatch. But the game would’ve been extremely successful have it not been released when we already had multiple examples of Multiplayer Hero Based shooters.

Since the market already had other examples of Hero Based shooters that were already filling the market to the brim. If the game was released, say in 2020 or later. Maybe it would’ve stood on its own after the popular examples like Overwatch died down in popularity.

Why are Hero Based Shooters in the market then?

However, if the release date had to be this year. Why couldn’t Lawbreakers be like Paladins and go Free to Play? The developers stated that it wasn’t a viable business option, and to that I’d say that Paladins has a strong player base and is a great example of a game co-existing with Overwatch.

There are various reasons why the game got this achievement but I believe the most prominent to be due to it being free to play and selling cosmetic items and DLC as microtransactions instead of including them in a full priced game like those “Bullshit” business practices Boss Key Productions didn’t want to imitate.

Good job there, guys, deviate from the “Bullshit” business practices that Overwatch does by selling at the same price as the Anniversary Edition and getting Loot boxes that provide chances to get cosmetics. Truly, the people at Boss Key are breaking from the spectrum.

It’s a simple reality that should be said in a few words. Lawbreakers should’ve been released after Overwatch’s momentum died down, or until Hero Based Multiplayer shooters would’ve become a thing of the past and people began to crave for another game in the genre.

Time to go to the Drawing Board and exploit another Genre

There certainly isn’t going to be any more space for Hero Based shooters this year, even though I’m sure many more will come because marketing executives are pretty slow and out of touch, Not in this month or maybe not this year, but I’m sure we’ll get an announcement at some point or another later down the line.

The fact that the Emoji Movie is a thing is due to Marketing Research telling studios what is popular right now. And multiple companies will do it for the sake of getting a slice of the money pie. But in case you need a reminder, how about we talk about Umbrella Corps.?

Personally, I will keep playing Overwatch competitively and maybe open a Lawbreakers branch in my team if enough people apply for it. The major problem with Lawbreakers was that this model would’ve been perfect for a Fee to Play game. It could’ve been very successful considering the strong points it has, such as the fast paced gameplay.  I am open to new ideas and games of the same genre, but now it’s time to take it down a notch before unleashing the next Hero Shooter.