Take a Look at this Sick Xbox One S Console Mod! 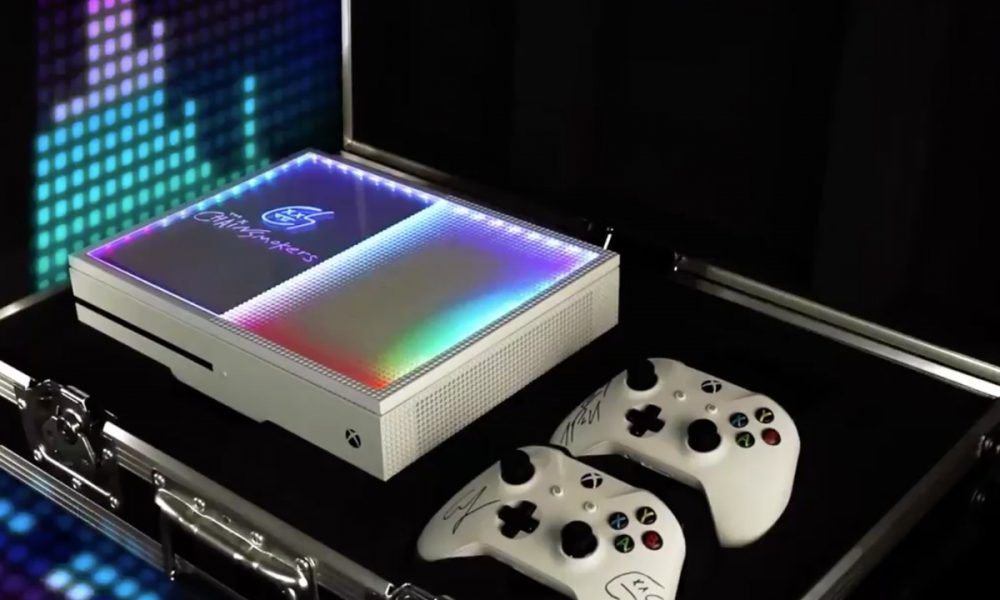 Take a Look at this Sick Xbox One S Console Mod!

Console Modding is one of the most creative practices in the world of the Internet. Personally, I am very fond of watching the lengths people can push their creativity with console flares. The Crash Bandicoot Play Station 4 mod is one console I wish I could have in my bedroom. But now, another incredible console mod has shown its face, and it’s for the Xbox One S.

Microsoft worked in conjunction with TheChainsmokers, an American DJ group led by Andrew Taggart and Alex Pall. They took on the premise of an Xbox One S Custom console modeled by those who love electronic music. And as such, it reflects the lights and atmosphere produced when you listen to said genre.

This console mod called “ChainSmokers Xbox One S” uses a USB processor that turns the console into a light party. The USB Processor converts any sound to a light spectacle with the help of 60 pixels that light up. According to Microsoft, the console does a 3D effect.

We partnered with @Xbox to create this this amazing Xbox One S console. Tell us in a Tweet why you love it so much to win! pic.twitter.com/r3OY1WCqWi

“We were really pumped to work with Xbox on this project and help bring our music to life in a new way, by combining it with the best gaming console in the world,” The Chainsmokers said in a statement to Rolling Stone. “We knew the team would do something amazing, but when we saw the custom Xbox One S for the first time, we were both blown away by how cool the design is.”

According to Microsoft, this console forms part of a new, bigger initiative. Through this initiative, the company will make and produce new consoles in partnership with “top personalities from music, sports, television, fashion, art and Hollywood.” At least some of them should be announced later this year. You can actually get a chance to earn the console for yourself by commenting why you love it in The Chainsmokers Twitter!