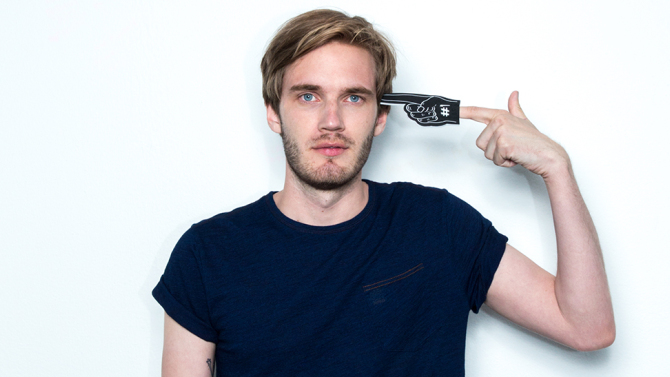 Campo Santo, the developer behind the popular Indie title Firewatch is using DMCA requests to take down videos of its game featuring Pewdiepie. The Youtube personality Felix Kjellberg has found himself in another predicament yet again. And this time, I have a bit of an opinion in regards to the situation.

The reason behind Campo Santo’s decision is the fact that they had enough of Felix. The straw that broke their back happened after he said the word “N***er” during a livestream of PlayerUnknown’s Battlegrounds. The founder of Campo Santo, Sean Vanaman talked about the issue in a Twitter thread.

I am sick of this child getting more and more chances to make money off of what we make.

Afterwards, Sean called PewdiePie a “propagator of despicable garbage that does real damage to the culture around this industry.” Not only that, but he also encouraged other developers to follow suite in Sean’s actions. The reasoning behind this being that “A game in his channel = Endorsement”.

PewdiePie and Campo Santo are Both Acting Immaturely.

It’s time for me to step into the territory everyone hates me to cover, Politics. But while this might be a politic issue because of “Politically correct demands”, it’s also a big gaming issue that involves Youtube and Streaming. The fact that Campo Santo is issuing DMCA claims to terminate Pewdiepie’s video on the game is the worst way to handle this situation.

Here’s the deal, Youtubers like H3H3 Productions have been fighting in regards to what “Fair use” is. And while the cause of just wanting Firewatch out of PewdiePie’s picture is understandable. The company is doing the equivalent of using a Nuke instead of a Scalpel. Especially since Pewd’s Firewatch gameplay is still considered a “Fair Use” stream.

However, while I might have defended Pewdiepie the first time he did something like this. It’s time for me to address Felix’s behavior. First off, he’s the Face of Youtube according to many people. His high Subscriber count makes him one of the most viewed channels in the entirety of Youtube. But the problem is that this includes children who might copy his behavior.

Felix is supposed to conserve a professional image, even if he makes fun of X Y or Z topic. And while “The Face of Youtube” is a title that Felix does or doesn’t want to carry. It sticks with him regardless because he’s the most viewed person in Youtube regardless.

Other Youtubers and Word Impact: Could the “N-word” be acceptable?

Youtuber iDubbbz has once made clear when he went against Tana Mongeau that words can only get impact if the person gives it an impact. This actually does apply to Pewdie, because saying the “N-Word” couldn’t be offensive towards him or me for that matter. But the problem is that thousands if not millions of people actually give the word the level of impact it has.

I can defend Pewdiepie for his anti-semitic jokes, because that’s what dark humor is. But I can’t do so anymore due to the fact that even while those are his actions as an individual. He Still represents Youtube and other Youtubers, and as far as I know Youtube isn’t Purely Dark Humor.

This is certainly a sad case, because now the rest of Youtube will have to suffer through another “Adpocalypse”. Which had already started according to some minor Youtube channels.

Good number of my videos have been hit with demonetization. Renaming potentially triggering videos in an attempt to appeal.

And so it begins. A few vids were demonitised already, but all of a sudden another 60 were striked. Shit.

I really don’t want to say this but, Felix. Shut the hell up. You’re ruining everyone’s lives by saying the words nobody wants to hear.

Take a Look at this Sick Xbox One S Console Mod!
Study Shows the Diversity of Gamers in USA