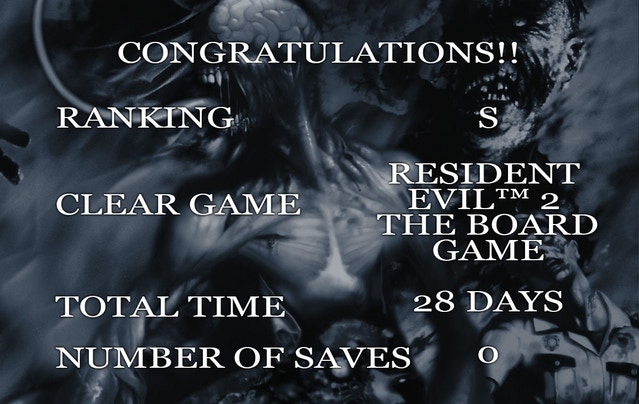 Some time ago I wrote in regards to how amazingly fast Resident Evil 2: The Board Game reached its crowdfunding goal. The project by Steamforged Games has reached a new high point as well, thanks to a new update by the group on the Kickstater.

The folks who made the Dark Souls board game decided to call out to the fact they have reached over 800.561£ (Or 1.056Million USD). All of this done with the generous help of 7,583 backers who unlocked every single one of the stretch goals quite easily.

There have been crazy developments around the game, such as William Birkin being added. As well as the corrupt RPD Police Chief Brian Irons. Irons brings a completely different playstyle to the table as well, because his objective is to hunt down other players.

Resident Evil fans will also be happy to know that the game will have access to the B scenarios from the second game. In other words, Claire and Leon’s B-Scenarios will be played through an entirely different board.

The people at Steamforged explain how much they loved the fact they “Cleared Resident Evil”. “It’s been one hell of a ride over the last 28 days, but now we’ve finally reached the end, and escaped from Raccoon City together.” Mentions the update post on the Kickstarter page. “Please accept a heartfelt thank you from everyone at Steamforged Games Ltd. We’ll continue to update you as the project develops and the game progresses. The campaign is over… but this is just the beginning!”

It’s incredible how much the game got funded by happy fans of the franchise and board games alike. It just goes to show that support will always come no matter what when it comes to beloved franchises. Regardless, it’s time to step into Raccoon City and survive once again.