Kingdom Come Deliverance Update 1.4.3 Out Today On PS4, Xbox One And PC 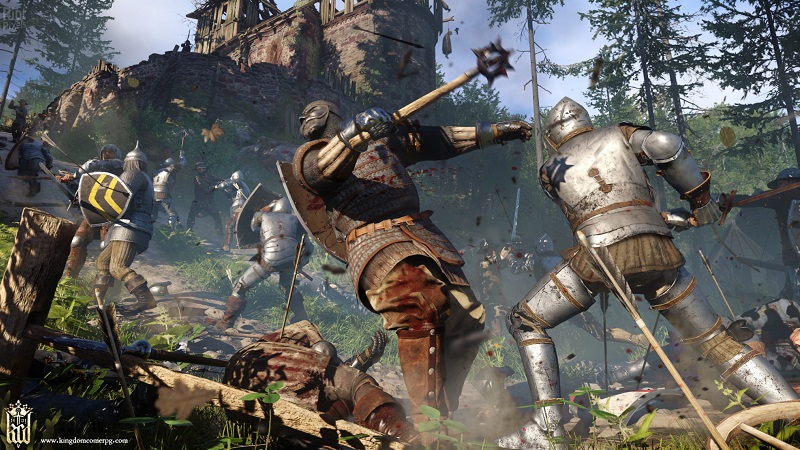 Kingdom Come Deliverance Update 1.4.3 Out Today On PS4, Xbox One And PC

Kingdom Come: Deliverance was set to receive a new patch that brought the game up to version 1.4.3 last week, but the developer revealed they had to delay it due to certification issues. Now the developer has announced that the update is finally ready to go live on all platforms, with it being available at 15:00 CET for PlayStation 4, Xbox One and PC.

As for what fans can expect to get from this update, the developer claims fans will receive new hairstyle DLC, Easter eggs and bonuses. Consoles will also be getting all of the previous bug fixes that have been available on PC. The developer also apologized for making fans wait, but it wasn’t too long of a wait when all was said and done.

The 1.4 patch was released for PC in March, with the developer electing to release fewer patches on consoles that contain several patches in one. The patch fixed numerous bugs and glitches, which included a fix for the screen shake bug.

Kingdom Come: Deliverance is available now on PlayStation 4, Xbox One and PC. The game released earlier this year to mostly positive reviews. The game didn’t release in the most stable of situations, with there being some serious bugs and glitches that drew a lot of criticism. The developer has provided several updates since then to iron out some of these rough edges. The game was made possible due to a successful Kickstarter campaign, with the campaign raising over $1 million with the help of 35,385 backers.