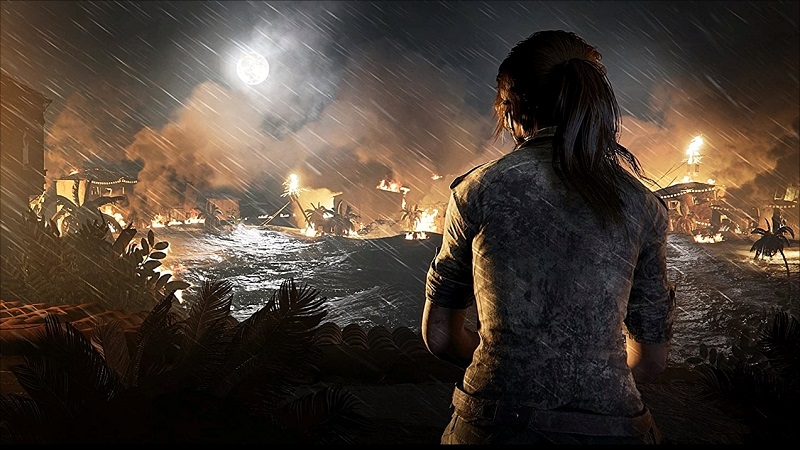 The first official trailer for Shadow of the Tomb Raider has been released, giving us our first look at the game set for release later this year. This is set to be the final installment in the origin story trilogy for Lara Croft, and the trailer gives us a brief look at the latest predicament Lara has gotten herself into. You can check it out at the bottom of this post.

The trailer switches between two different events, with one of them being a young boy in the process of being sacrificed at a Mayan alter and Lara apparently on the way to save him. It seems like Lara covers an awful lot of ground during the time it takes for the shaman to finally initiate the sacrifice, but of course Lara makes it in time to save him. Lara first must take out a group of heavily armed guards in a jungle, scale a cliff, struggle through an underwater current and then make it to the top of a pyramid. All in a day’s work.

It’s about what you would expect for a trailer for the next Tomb Raider game, which is to say that it doesn’t do much to really stir excitement. The previous games in the series have been solid, but hopefully this next installment shakes up the formula a bit and is able to stand on its own two feet.

Shadow of the Tomb Raider is in development for PlayStation 4, Xbox One and PC, with the release date set for September 14th. Be sure to check out the trailer below, which is called The End of the Beginning. The various editions of the game and their accompanying box arts leaked yesterday, giving everyone an early look at what’s in store.