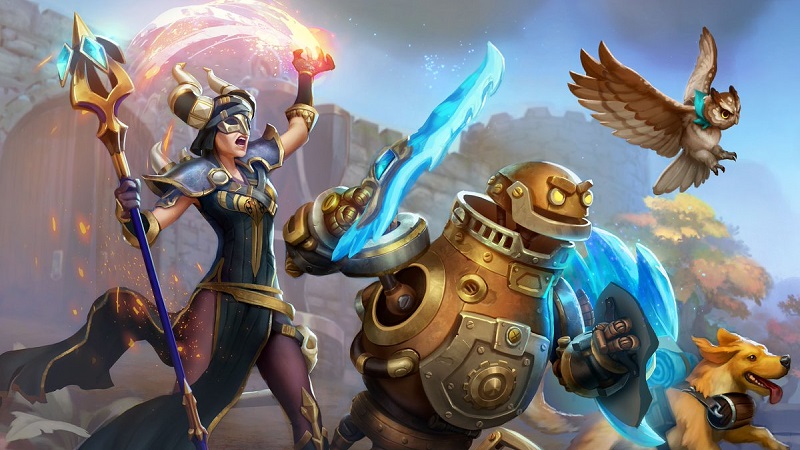 Torchlight Frontiers was announced very recently during Gamescom 2018, which is a shared world action RPG being developed by Echtra Games. This studio was founded just a couple of years ago by former Tochlight devs, such as Max Schaefer. Now this new game has received its first gameplay footage, which you can check out at the bottom of this post.

The following is a description of the game:

“Torchlight Frontiers combines the heart of the beloved Torchlight series with a shared, persistent and dynamically generated world. In true Torchlight style, players will team up with friends and devoted pets to hack and slack their way through a vibrant world, discover ancient ruins of lost civilizations and brave dungeons filled with riches and dangerous creatures.”

CEO of Echtra Games, Max Schaefer, said the following about the game:

“Evolving the Torchlight universe into a shared world has always been a goal for the franchise, and I’m excited that we’re finally able to make it a reality. Torchlight Frontiers will be a living, breathing universe that will still feel uniquely Torchlight, while we add our own creative spin to the game. The team is building something truly special, and we can’t wait for fans to play it for the first time at Gamescom and PAX West.”

Torchlight Frontiers is in development for PlayStation 4, Xbox One and PC. An exact release date has not yet been revealed, but it is currently slated for release at some point in 2019. Check out some gameplay below.