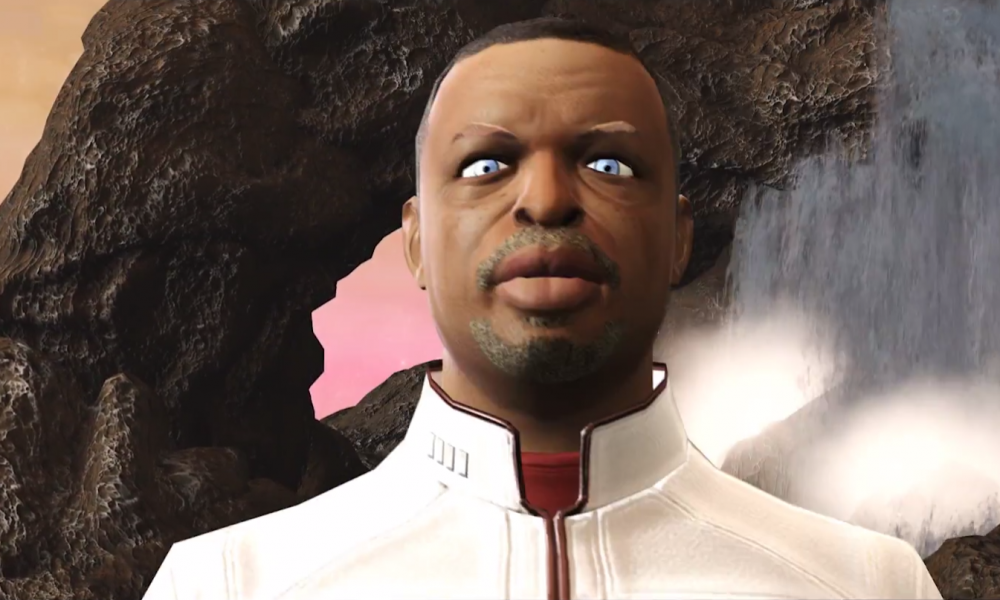 In general, fans of Star Trek Online and Star Trek will be pleased to hear that famed Star Trek actor LeVar Burton will reprise his role of Geordi La Forge in the upcoming expansion for Star Trek Online. However, that isn’t the only major feature of this expansion, known as Season 14. It will (obviously) continue the story from the previous Star Trek Online expansion (Season 13) and introduce several new pilotable ships and a strange, new world for players to explore; sorry, but there won’t be any new life or new civilizations to seek out…that we currently know of. Furthermore, the expansion will include plenty of new missions and even new levels of character progression.

For those of you who aren’t Star Trek fans, you might wonder what’s the big deal of one Star Trek alum starring in a Star Trek Online expansion. Well, to understand the importance, we need to back up a bit and talk about the game’s developers, Cryptic Studios. The company started off strong with the fantastic City of Heroes/Villains, a unique superhero-themed MMO many fans want to resurrect. However, the company had a falling-out with publisher NCSoft and was picked up by Perfect World Entertainment, a company that had varying degrees of success publishing Chinese MMOs but has become one of the bigger names in MMOs thanks in no small part to its acquisition of Cryptic. The company’s most recent titles, Neverwinter and Star Trek Online, are hailed as excellent celebrations of their respective properties. Both games were successful upon release, and their successes have attracted numerous famous names associated with Dungeons and Dragons and Star Trek to work on various collaborative efforts, which leads to even more success. Unlike other licensed games, the people who made those properties great are helping make Neverwinter and Star Trek Online stand out and feel like genuine Dungeons & Dragons/Star Trek experiences.

Unlike Neverwinter, which tends to stick with whatever expansions and modules Wizards of the Coast develops for the pen-and-paper version of Dungeons and Dragons (even though Neverwinter has attracted famous D&D names such as Christopher Perkins and R. A. Salvatore), Cryptic is free to do whatever it wants with Star Trek Online, and the company tends to create some crazy and brilliant stuff. Not only does the game use old, one-off species from throughout Star Trek history, including the Bluegill parasites from the Star Trek: The Next Generation episode “Conspiracy,” Species M-113/Salt Vampires from the Star Trek episode “The Man Trap,” and the Voth from the Star Trek: Voyager episode “Distant Origin.” In fact, a lot of what the developers at Cryptic Studios make is considered canon, such as the Solanae (a previously unnamed species featured in the Star Trek: The Next Generation episode “Schisms,”) creating the Bluegill and serving the Iconians, an ancient race that has only ever been mentioned in Star Trek and never seen. But that’s not where the influence of Cryptic Studios ends, as LeVar Burton is not the first Star Trek alum to act in Star Trek Online. Leonard Nimoy (Spock), Denise Crosby (Tasha Yar and Sela), Michael Dorn (Worf), Tim Russ (Tuvok), Robert Picardo (The EMH Doctor), and Walter Koenig (Pavel Chekov), just to name a few, have all reprised their roles in the game. In other words, LeVar Burton is the latest in a long line of famous actors who help make Star Trek Online the de facto Star Trek experience, regardless of players’ opinions on the inclusion of lockboxes in the game.

While I haven’t played Star Trek Online in a long time, writing about how the game’s devs creatively use alien species that were once merely throwaways makes me want to revisit the game. Well, that, and playing ingame quests that feature my favorite Star Trek actors who reprise their roles; I just love actors who are dedicated to continually portraying a particular character, regardless of the medium.