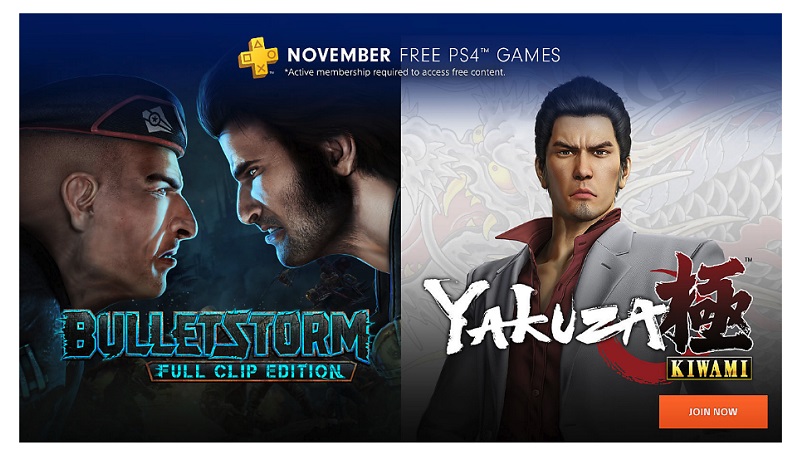 First up we have Bulletstorm: Full Clip Edition, which is a remaster of the PS3, Xbox 360 and PC game that was developed by Epic Games and People Can Fly. The Full Clip Edition launched last year to solid reviews, and even featured a DLC bonus allowing players to control Duke Nukem as the protagonist.

The other game we have is Yakuza Kiwami, which is a ground-up remake of the original Yakuza game that appeared on PS2. The remake launched last year to solid reviews, offering a nice follow-up to the prequel release of Yakuza 0. If you’ve been meaning to hop on board the Yakuza train then next month will be the perfect opportunity to do so.

New Hitman 2 Trailer Shows You The Tools Of The Trade
Report: Nintendo Releasing A New Switch Model In 2019