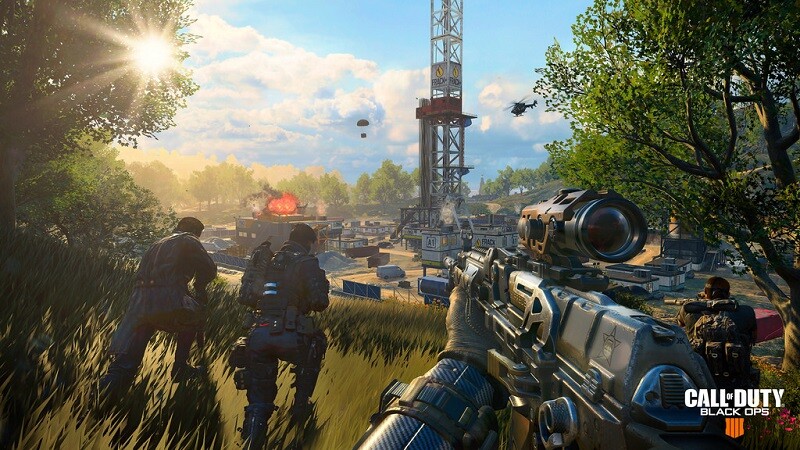 Call of Duty: Black Ops 4 released last week, and the response has been very positive so far. Much of the praise has been aimed at the game’s Blackout mode, which is the series’ take on the popular battle royale genre. There’s of course more on the way in the form of post-launch updates, and the developer has revealed that a big update is coming this week.

Developer Treyarch revealed on the game’s subreddit that a big update will be releasing for the game later this week on all platforms. While they didn’t confirm exactly what it will bring to the table, they did say that it will bring some key improvements and new additions.

Along with the announcement of the update comes a breakdown of some known issues that they’re keeping they’re eyes on, which are the following:

We’re aware that some players are seeing fluctuations in network performance in Blackout Quads (particularly on Xbox One), and the team has been actively investigating. This is not an easily identifiable issue that happens for all players, and internal testing hasn’t shown it to be consistent. We’ll update everyone when we’re closer to a solution.

We’ve seen some reports that the Red Dot and other Optics can sometimes temporarily disappear when aiming down sights. The team is investigating this for a fix in a future update.

Some players have experienced unexpected behavior with the Emblem Editor, including layers that can’t be deleted, distorted images, and other issues that occur after adding several layers to the Emblem. While many players have been able to create some truly amazing Emblems already, we know it’s not an optimal experience for everyone across the board and we’re looking into it. There are a lot of moving parts here (literally) and some of these items may affect how other items perform, so please bear with us as we work on improving this experience.

As we mentioned in a previous update, we’re aware of some issues specifically present in Custom Search and Destroy matches, particularly with matches ending after round 7. We’re planning to address these in an update soon.

Call of Duty: Black Ops 4 is available for PlayStation 4, Xbox One and PC.