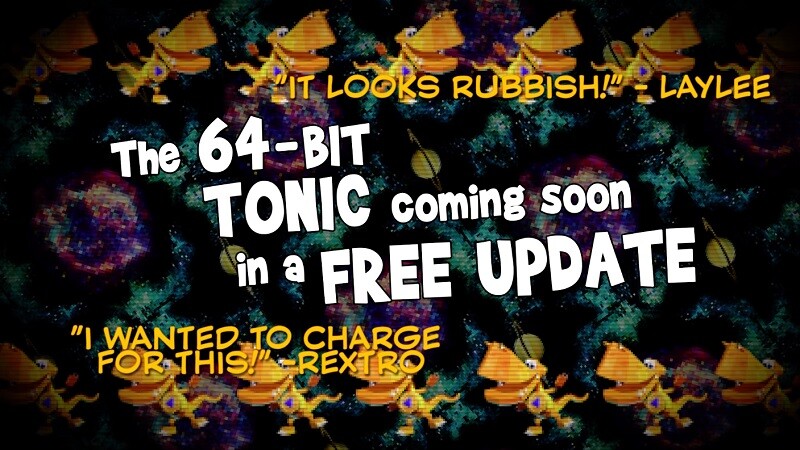 The whole point of Playtonic Games’ Yooka-Laylee was to tap into that nostalgic mascot platformer gameplay from the 90’s, with the N64 era in particular being a huge inspiration. Well, with an upcoming update they will be taking things to the extreme, as they’ll downgrade the graphics to actually make it look like an N64 game.

The free update will add the 64-Bit Tonic to the game, which you’ll be able to switch on or off whenever you feel like. Putting the tonic on will reduce the game’s visuals to a look similar to that of the N64 era, with the framerate locked at 30FPS. While it sounds ridiculous on the surface, it’s actually pretty charming and does bring you back to that era. You can check out the video below.

“To activate it, visit your local Vendi and witness as the game resolution crumbles before your eyes! We’ve also capped the frame rate, limited lighting, shadows and shaders and applied a nifty scanline effect, to create the optimum 64-bit illusion. It’s the closest you’ll get to 1998 without chugging Sunny D in a pair of Dr. Martens.”

Yooka-Laylee is available now on PlayStation 4, Xbox One, Nintendo Switch and PC. The game launched in 2017 to mostly positive reviews, with many praising its many nods to the Banjo Kazooie series.