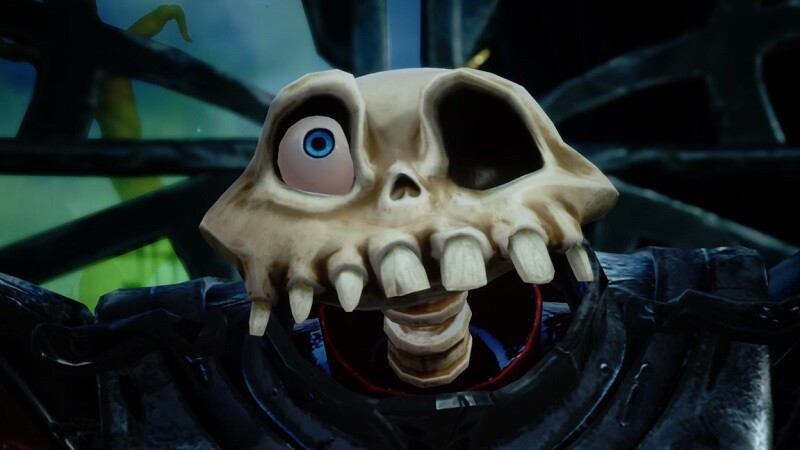 Sony teased recently that they would be releasing the first trailer for the PS4 remake of MediEvil on Halloween, and now the trailer has debuted. The trailer offers nearly two minutes of footage from the game, and everything is looking great so far. You can check it out at the bottom of this post.

Sony made the announcement on the PlayStation Blog, with Shawn Layden posting the following:

“MediEvil follows the story of Sir Dan, an unlikely champion who met an unfortunate end on the field of battle. He receives a chance at redemption when his nemesis, the evil sorcerer Lord Zarok, accidentally resurrects him 100 years after that fateful day. Lord Zarok seeks to conquer the Kingdom of Gallowmere, and only the skeletal Sir Dan stands between Zarok’s army of the undead and the kingdom he swore to protect.

Whether you picked up the original or never heard of the original, we know you’ll love the sword swinging, perilous puzzles and enchanting environments. Brought back to life by our International Software Development team in partnership with Other Ocean Interactive, this a full remake of the original PS1 classic – with all of the scarecrows, zombies, werewolves, and mace-wielding knights lurking in the kingdom with more detail and personality than ever before.”

While the company didn’t reveal a release date outside of a 2019 release window, they did promise that more information will be revealed “in the upcoming months.” Be sure to check out the trailer below.