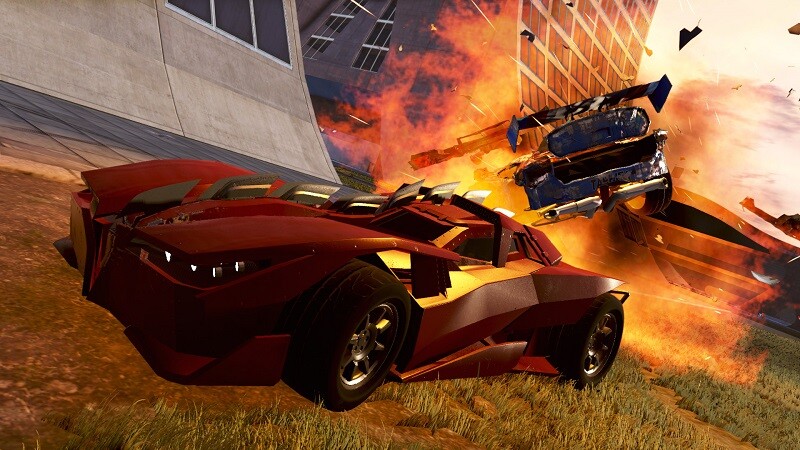 Another day, another gaming IP acquisition from THQ Nordic. This time the publisher has announced that they have acquired Carmageddon, taking the intellectual property from current holder Stainless Games.

For those unfamiliar with the games, they are vehicular combat games that has the player competing with numerous other racers. The object is to get to the finish line first, though you’ll do that by trying to damage the cars of your opponents. The first game released for PC back in 1997, before being ported to several other platforms in the coming years.

The series reemerged a few years back with the release of Carmageddon: Reincarnation, which launched for PC in 2015. The game then was ported to PS4 and Xbox One via the Max Damage release. The following is an overview form the official Steam page:

“Play an adrenaline pumping bunch of game modes against AI opponents, or online against the rest of the Carmafan masses! Progress your Career through the Carma ranks or have a MultiPlayer romp in a Car Crusher, Fox ‘n’ Hounds (always been Stainless MP game session favourite!), Death Race or Checkpoint Stampede event – all frenetic fun, featuring Carmageddon’s trademark over-the-top violence, crazy PowerUps and non-stop laughs…

PLUS! You can relive all the mangling mayhem with the built-in Action Replay System. Featuring multiple choice of cameras and replay options – it’ll mean you never miss a pile-up again! Get your movies online and brag about your ped culling achievements. And there will be plenty of THOSE too – Achievements, Challenges and Collectables to hunt down, that’ll keep the whole family entertained for hour upon happy blood and oil splattered hour.”

There’s currently no word on what THQ Nordic has planned for the series, though it’s likely that more news on that will be coming in the near future.