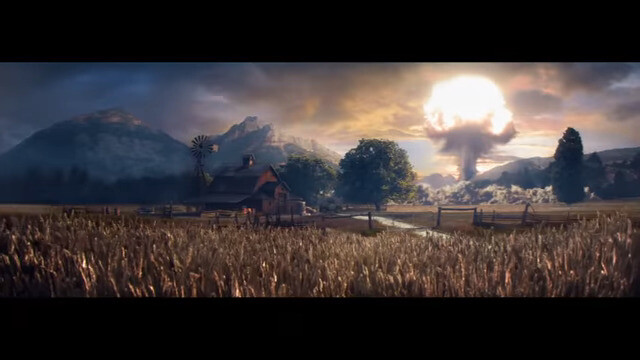 The surprise trailer reveal gives us a small glimpse at what could be on the horizon for the now decade-long series. With the scene of a nuclear mushroom cloud ravaging what looks to be the region of Hope County, Montana from Far Cry 5, more details is slated to be revealed during this week’s annual Game Awards ceremony regarding the sudden unveiling.

Anyone who saw their way through this year’s Far Cry 5 to the end, the fallout ridden land should come as no surprise if Ubisoft plans to produce a sequel to the sixth main installment of the series. The Far Cry series hasn’t traditionally laid the foundation for an ongoing series with each release making its own unique story throughout the franchise.

The Game Awards takes place this Thursday, December 6, 2018, starting at 8:30 pm EST. A slew of new game announcements and awards are set to be revealed during the industry’s inaugural event, so be sure to tune in.

Check back for more on the upcoming Far Cry announcement, as well as all of the other big news to break out from the showing.