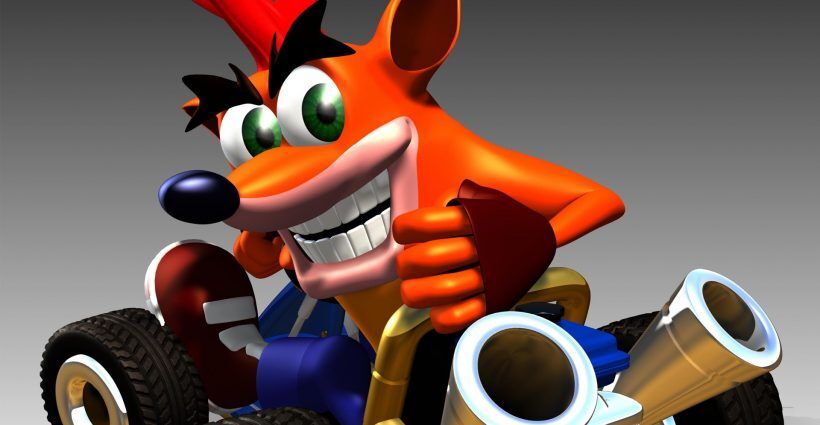 With the upcoming Game Awards slated for December 6th, 2018, various rumors and teases surrounding the industry have been making themselves present leading up to the event. Most recently, a rumor surfaced through a series of social media posts giving a slight nod to Playstation’s popular cart racer receiving the N. Sane Trilogy treatment.

The Crash Bandicoot Facebook page had a few interesting posts with one teasing the date 12-6-18 (The Game Awards date) along with a picture of the platforming marsupial, and another shows the page’s cover photo being swapped for the checkered flag banner found in the backdrop of CTR’s menu screens.

To go right along with the Facebook teases is the tweet from Hollie Bennet – best known for hosting Playstation Access – and her shared image of a pair of orange fuzzy dice with the intriguing attached note: “Sliding into the Game Awards 6/12 – Anonymous”

There’s been a massive outcry for a remake of the cult favorite cart racer, Crash Team Racing, especially after the significant success behind Vicarious Visions’ remake of the original trilogy, Crash N. Sane Trilogy.

Once The Game Awards airs on Thursday, December 6, 2018 we’ll certainly know what the Crash Bandicoot team is planning, but all fingers are beginning to point towards the iconic cart racer remake. It would also be interesting to see if there will be any other remade classics added to the package, such as the two other cart racers in the series — Crash Nitro Kart and Tag Team Racing — or even bundled up with the co-op party game, Crash Bash.

Be sure to check out The Game Awards this Thursday for more on the Crash Bandicoot teases, as well as tons of other surprising game reveals and winners of the coveted annual awards, including Game of the Year.