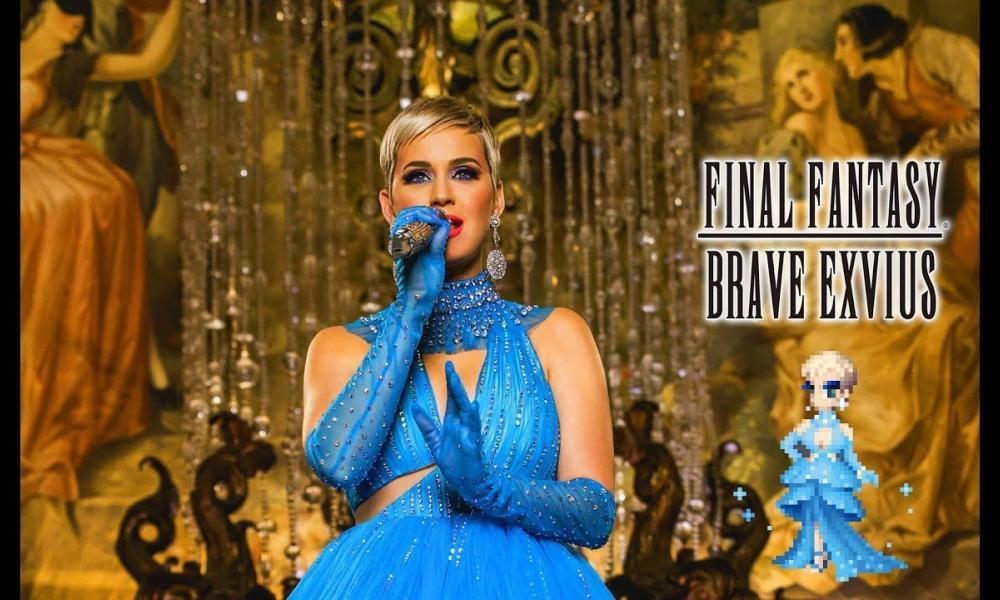 The game doesn’t really have as much attention as it once had but Final Fantasy: Brave Exvius is still a pretty solid game. Square Enix definitely showed that Turn-Based RPGs can find a sweet home in mobile games and the team at Gumi Inc. knows how to make a lot of content for the game. As such, this new pack of content will have a very particular star behind it.

I’m not sure how many remember that last year, Brave Exvius saw the introduction of Arianna Grande into the franchise. She was part of a new event that was available during the Summer of 2017. Well, now another singer is going to join the likes of Arianna for those people who want to question their existence any further.

From December 12 onwards, Katy Perry will now be featured in Final Fantasy: Brave Exvius. On top of being part of the game, Katy has also collaborated on a new ballad called “Immortal Flame” which seems to be exclusive to the mobile game alone. Square Enix has recently prepared a trailer for her appearance in the game with the promise of “More to come” at the end.

Of course, this is a very attractive way to bring more new blood to the game. All the while I’m pretty sure that once we get the stats of the singer we’ll see some OP stuff coming to the limelight. What will Katy Perry have in her arsenal and what will her exclusive boss be? How long will the event last? This and many more questions will be answered in the upcoming days.

Pokemon on a Dreamcast VMU
Video Games: A Form of Art