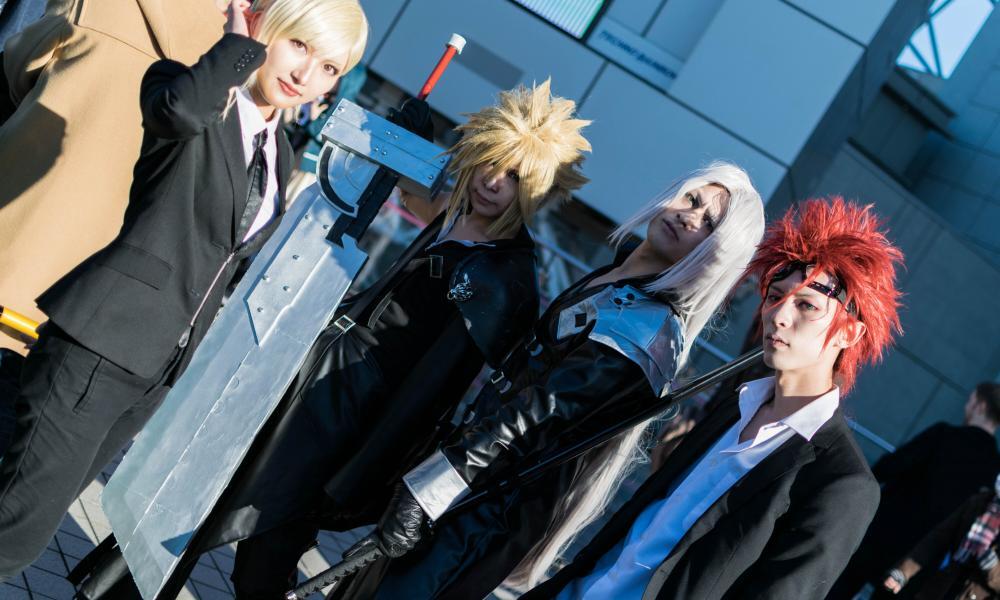 The Remake of Final Fantasy VII was announced at E3 in 2015. Since then, details about the game have been scarce save for an occasional teaser trailer. Many assumed that announcements would arrive at E3 2018, but alas the event came and went without a word whispered, although the team assured us that the remake was in development.

Now the long awaited FFVII Remake is upon us and those lucky enough to attend E3 2019 were treated to a fully playable gameplay trailer of the game. Highly anticipated, yet with fans of one of the greatest 90s classic games rightly skeptical, FFVII seems to be going down well with critics and casual gamers alike, winning several awards at E3.

The Game Critics Awards have now announced the winners of the E3 2019 awards. To be considered for the awards, the games had to have been demonstrated at E3 in a playable state for a minimum of 5 minutes. This meant that games like Cyberpunk 2077, Avengers, Halo Infinity and more were not included. The winners were decided by a vote from a panel of judges made up of critics and media outlets.

The Final Fantasy VII Remake picked up three awards, including the Game of the Show award, perhaps the most sought after of the bunch, along with Best Console Game and Best Role Playing Game. The FFVII Remake was also the only game at this year’s event to pick up three awards, with Doom Eternal behind receiving two awards. This meant that Square Enix was the only publisher with three awards. Bethesda and Activision both had two.

Though I myself have not yet been able to play the Remake of FFVII, the E3 gameplay trailer gave many the opportunity to do so, and so far the reviews have not been disappointing. What’s immediately obvious from the trailer is that the graphics are stunning. “Wow”, was my first thought. This is sure to be a landmark game, pushing the boundaries in the same way that the original did.

The developers intend this to be far more than a simple copy and paste remake. This will essentially be a new game with its own dialogue, cut scenes and gameplay elements. Developers have now revealed that this will be a multi-game series. Even the first installment, dubbed the Final Fantasy VII Remake, will be released on double BlueRay disc, a testament to the sheer scale of the game.

The Remake will take place entirely in Midgar, the iconic first location from the original. At first glance, the storyline seems to follow the same direction, with your original crew setting out on a mission to blow up the Shinra Mako reactor. The gameplay trailer saw Barret and Cloud, original characters from the game, racing through the reactor and taking on the Scorpion boss.

FFVII Remake will be released on PS4 in 2020

Fans of the original FFVII (myself included), released back in 1996, are worried about the changes tp the game and how they will compare to the original. It’s a legitimate concern, and age-old debate when it comes to remakes of classics.

It’s clear that the battle system is very different. It has been ‘upgraded’ from a turn-based system to a more action-based system with turn-based elements. You can attack quickly and freely, swapping between characters as needed or allowing them to be controlled by AI. Yet you still have an ATB, which fills up to allow you to use magic and special abilities. It’s a system that combines simple action with menu-mechanics. It won’t be to everyone’s tastes, but it seems to have appealed to those who have sampled it so far. Until the full game is released, we can’t know for sure whether the battles will still be interesting after 60 hours of gameplay, or whether the Materia and magic dynamics will be complex enough to keep old players happy.

At least this is a brand new game. If it takes a new direction and offers a completely new take on next-gen RPGs, then fans of the original can’t be too disappointed. Yet for me, I still can’t get my head around Barret’s over-the-top acting, or Sephiroth’s less-than-sinister sounding voice. I confess: I prefer to read text from blue boxes.

If the FFVII Remake lives up to the hype, then it should find the balance between keeping old crusty fans like me delighted, and attracting new players to the franchise. We still have a while to wait, with the release date currently set for March 2020, so let’s just wait and see.