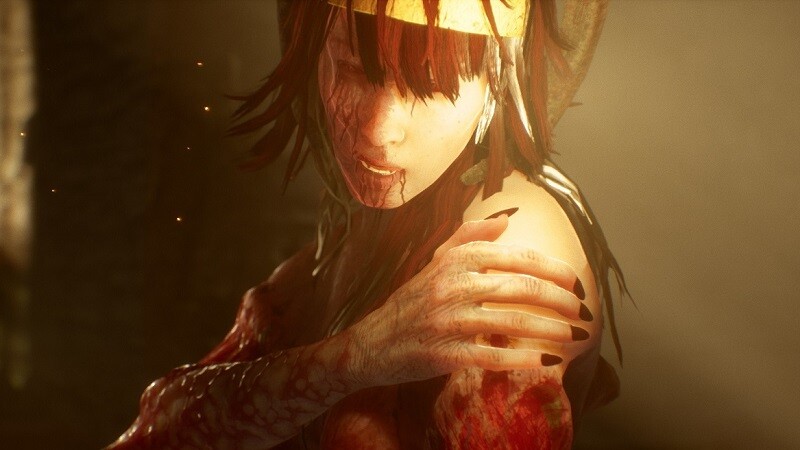 Madmind Studios has certainly had an interesting 2018, to say the very least. They released their controversial game Agony on Steam, though the game was heavily censored. After a lot of back and forth about whether or not the uncensored version of the game would release, the Unrated version surprise released on Halloween.

It looks like the developer is taking no time off, as they have already announced that their next game is in development. The game is actually a spin-off of Agony, with Succubus being set in the same demonic world. A concept gameplay video was released to commemorate the occasion, which you can view right here. Be warned that it is very NSFW.

The game takes place after the events of Agony, with players controlling the Succubus. This demonic being has become a ruler of Hell alongside Nimrod, though she quickly learns that this new responsibility really isn’t to her liking. So, instead, she decides to wander the wilderness of Hell doing as she pleases, though it isn’t long until she learns that something sinister is afoot.

It turns out that another demonic being named Baphomet is assembling an army to remove Nimrod from the throne and capture his soul. The Succubus herself is captured and maimed, which leads to her setting out on a mission to get revenge. This game will allow players to acquire new weapons for the first time, as well as being able to cleave enemies right in half. It’s about as gruesome as the first game was, which was extremely gruesome and certainly pushed things to their absolute limits and even beyond.

For those who weren’t satisfied with what Agony had to offer, it looks like developer Madmind Studios is trying to remedy those issues with Succubus. The game looks much more action-focused, with a greater variety of weapons and skills to play around with. The character herself also looks much more nimble than the first game’s protagonist, as she can slide around and dodge enemy attacks.

More information on Succubus will be coming soon, as the game’s release date has not yet been revealed. It’s currently only confirmed for a release on PC. You can get more information via the Steam page, which will continue to be updated by the developer as we get closer to launch.