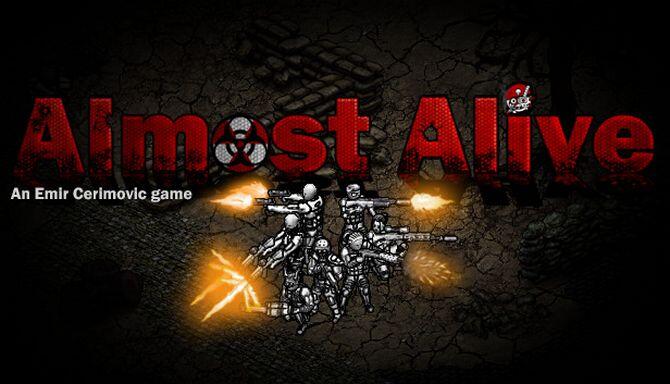 The tactical RPG from Emir Cerimovic called Almost Alive is available now on Steam in Early Access form, which offers a unique blend of fast-paced combat mixed with complex strategy gameplay. The game will certainly test the skills of those willing to dive in, and if you’re struggling then we have some cheats for you.

These cheats were recently uploaded to cheathappens.com, and pack a variety of cheats that should make your life in the game a lot easier. Keep in mind that this a premium trainer, which requires you to have a premium subscription with the site. The following is the complete cheat trainer:

The following is a brief snippet on the game from creator Emir Cerimovic from the official Steam page:

“Inspired by classic role playing and tactical games with high development standards like Fallout 1&2, Jagged alliance 2 or Wastelands, Almost alive was my dream of the perfect tactical role playing game with a great real time combat system that features character mental sanity as one of the core elements of the game. You can explore a huge world, make friends, use or steal them, find tons of loot, make traps, sneak, destroy everything, fight smart enemies or mutants using your character skills and abilities… The simple looking real time, fast paced combat system is hiding a highly complexe engine using tons of information from your character sheet, the objects your character is using and other elements like your character moral or his sanity in order to decide of timers for a successful aim, recoil of a weapon, the maximum accuracy when walking or running while gunning, the effectiveness of a cover, etc…”

Almost Alive is available now on Steam via Early Access, which means that the game is a work-in-progress that the developer will be updating regularly. The game currently costs $11.99, and with just over 100 user reviews it has a rating of “Very Positive” on Steam.