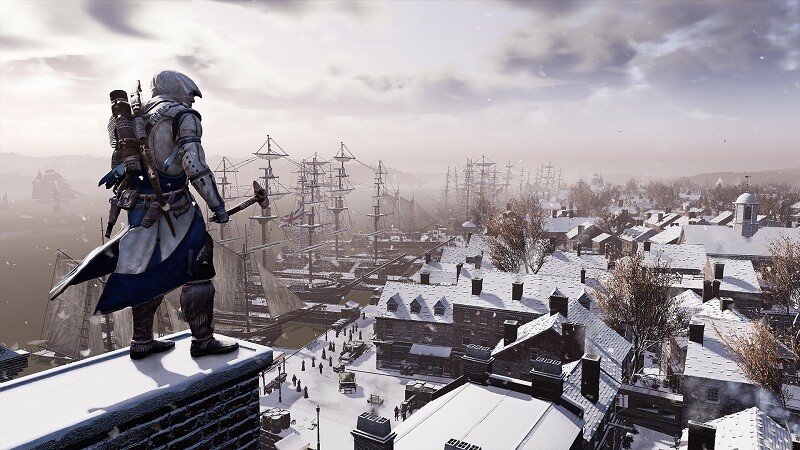 Assassin’s Creed 3 recently made a comeback on PC via the Remastered version, launching on the platform at the very end of March. This one is set during the American Revolution, and the remastered version brings enhanced graphics and improved gameplay mechanics. If you want to have a little more fun with the game, we have some cheats for you.

This first cheat trainer comes courtesy of cheathappens.com, and packs a nice variety of cheats to choose from. Keep in mind that this is a premium cheat trainer, which requires a premium subscription with the site. The following is the complete cheat trainer:

Next up we have a cheat trainer from megadev.info, which packs even more cheats for you to pick from. Several of these cheats are free, whereas others require a bronze, silver or gold subscription. The following is the complete cheat trainer:

FIGHT FOR FREEDOM
1775. The American Colonies are about to revolt. As Connor, a Native American Assassin, secure liberty for your people and your nation. From bustling city streets to the chaotic battlefields, assassinate your foes in a variety of deadly ways with a vast array of weaponry.

ADDITIONAL CONTENT
Also includes all the original solo DLC, including The Tyranny of King Washington, and the full game: Assassin’s Creed Liberation Remastered.”