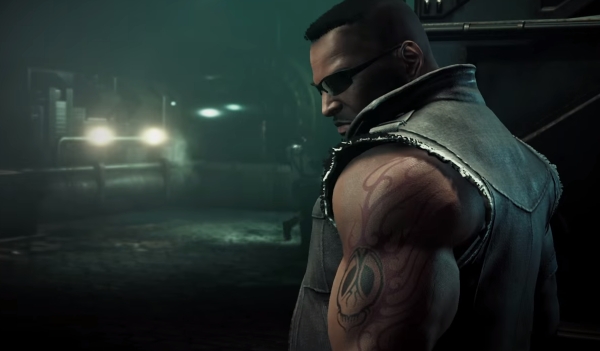 Fans and voyeurs alike got their first look at early stage gameplay in the long anticipated Final Fantasy 7 Remake at the PlayStation Experience on December 5th. If the announcement trailer at Sony’s barnburner of an e3 press conference wasn’t enough to excite Final Fantasy fans, the gameplay trailer might drop a jaw or raise a heartbeat.

The trailer offered a glimpse at what players can expect from the remake in terms of voice acting, the new third person camera, top of the line visuals and real time combat ala Final Fantasy 15. In fact, I saw a lot of similarities to my experience with the Final Fantasy 15: Duscae demo. The font of the numerical value of damage dealt, the effects of Barret’s Big Shot limit break, effects surrounding a dashing attack by Cloud, all looked like things I’d seen or done in Final Fantasy 15, and that’s not a bad thing. The first look is beautiful, even if it is a lot of watching Cloud out for a nice jog through Midgar.

Square also announced, via a press release, that the Final Fantasy 7 Remake will be released as a multi-part series, “with each entry providing its own unique experience.”

It’s important to note that the footage shown is very early stage and could be subject to change. Just like the other Final Fantasy mentioned several times in this article, there is no known release date.