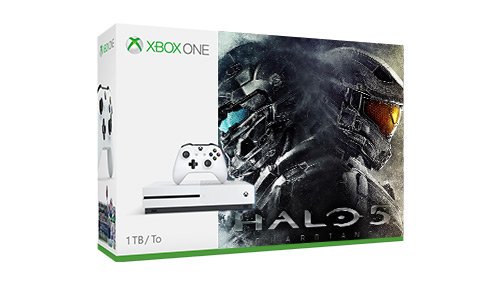 Twitter user Ekim has revealed a screenshot of a Halo 5 Xbox One S bundle, also rumoured to be accompanied by a Gears of War 4 bundle of its own. This would accompany the Gears of War 4 Elite Controller that was announced at E3 along with the superior console last month.

The 2TB upgrade will be available to consumers this August. Specs for the new Xbox console include a 40% smaller design and a lower profile to give you more options of where to place it. The upgraded machine will also support HDR and 4K UHD for streaming, this however will not be made available for gaming until the Xbox Scorpio is released.

As well as an improved console, the accompanying Xbox controllers are vastly improved, featuring a new textured grip to improve handling, increased range and Bluetooth connectivity. The advanced controller will even be able to work with your phone, tablet and connect with Windows 10. Several bundles will be available including 500GB and 1TB as a cheaper option, which are now available to preorder on the Microsoft store.