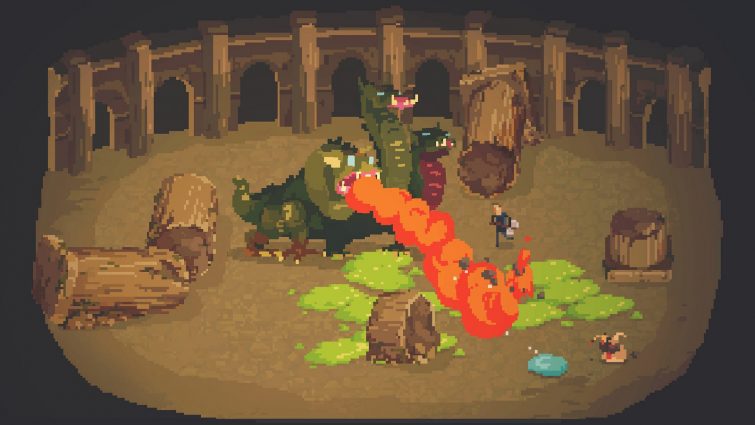 There’s not many games that let you control the monster, as well as the hero, but Crawl will let you do just that on PS4. The dungeon brawler will let you control the bad guys in the way of vicious demons, tentacled beasts, undead sorcerers, and more. The two man team over at Powerhoof wanted to create something that was even more fun than what they originally intended. Consider that box checked off. Local multiplayer will also be present so you and your friends can battle it out as adventurers and monsters.

Those ideas absolutely pertain to controlling the baddies. Gamers will probably be most excited about controlling final bosses. Yes, that will be a thing. An enormous and hulking terror with crazy techniques and only a few vulnerable points. Plus, you get to turn the heroes into chickens. Lastly, players can also control the dungeon itself. So chains, furniture, paintings, and saw blades are all fair game.

Crawl will release for the PlayStation 4 on April 11th. No word was given on an online multiplayer component, but seeing the size of the team, we can safety say that won’t be a possibility at the moment. Let us know what evil deeds you’ll commit as the bad guys to a dungeon brawler. Nothing to be ashamed of we assure you.