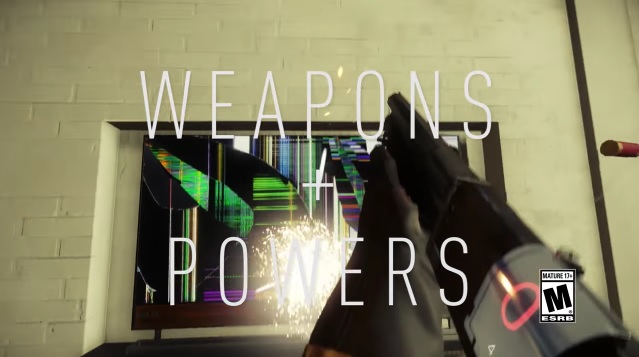 Another Prey trailer has been released for our viewing pleasure. This time the footage will make any FPS fan giddy. Why you ask? Well, unbridled destruction aside, we get a closer look at Morgan Yu’s powers and abilities. They make things go boom or splat.

The first weapon showcased is the Gloo Cannon. It appears to freeze those pesky Typhons in place. Then there’s lift field which raises up and smashes those petrified enemies. Also, it plays a part in traversal too. Huntress Boltcaster is a typical crossbow and Machine Mind is the atypical make a machine enemy fight for you. In total there will be twenty four upgrades and twenty powers to choose from.

Electronic Burst sets down electricity, Phantom Genesis actually creates your own version of a Typhon as an ally, Phantom Shift creates a decoy, Superthermal creates quite an explosion, Typhon Lures distract the aliens, and the recycler grenades sucks up targets and spits out resources. The best part is all the aforementioned weapons and abilities are combinable. Ratchet and Clank much right? You can check out the footage yourself below.

Prey is being developed by Arkane Studios and will launch on May 5th for the PlayStation 4, Xbox One, and PC. What did you think of the Weapon and Power Combo trailer? Are you excited to try out any combinations? Let us know in the comments! I, on the other hand, only need a sweet weapon and that Superthermal ability. I’m nothing if not simple.