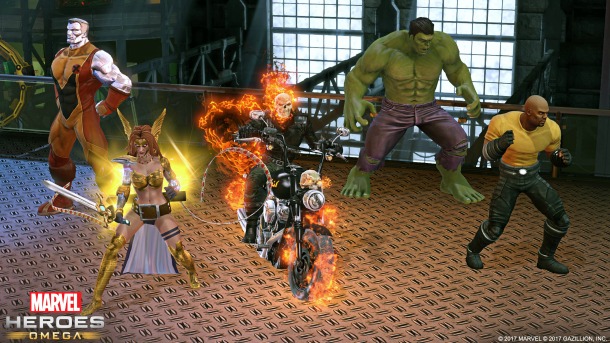 A closed beta for Marvel Heroes Omega will launch for PlayStation 4 shortly with an open beta as the game gets closer to release. The MMO will feature 38 Marvel Heroes including Captain America, Deadpool, Wolverine, Iron Man, and more.

Gazillion has assured players that the game will include endgame content for players as they work their way through operations missions. For those that aren’t as thrilled about endgame content, they can look forward to a 9 chapter story campaign, the danger room simulator from the X-Men, legendary missions, exciting trials and much more.

There will be no plans to transfer existing account data from Marvel Heroes 2016 on PC.

This expansion is exciting news for console players and is the latest in a string of MMOs that have expanded off the tradtional PC platform as the capabilities and playerbase for online console gaming continues to increase.

Are you guys looking forward to playing as your favorite Marvel Heroes in Marvel Heroes Omega this spring? Let us know in the comments below which iconic characters you hope to bring to the fray!

Matt DavisDecember 5, 2019
Read More
Star Wars: The Old Republic Receives First Endgame Operation in Over 2 Years
Here’s What a PS2 Theme Would Look Like on a PS4