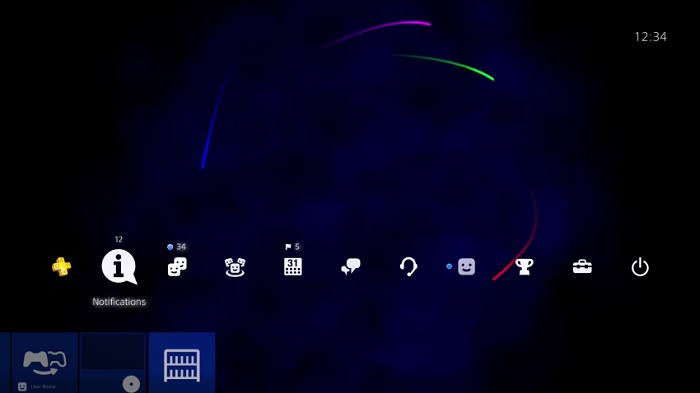 Ah, memories. The boot-up process to the original PlayStation and the PlayStation 2 are some of the fondest sounds in all of gaming. So it would make sense to recreate that somehow in the latest system right? Well, there’s already a PS1 anniversary theme for the PlayStation 4 and we’re pretty sure many downloaded it. The original shape dimensions floating around our dashboard, the old grey color that acts as the backdrop, and that nostalgic sound when you turn on the PS4. But what about the equally as awe inspiring process of the second PlayStation? A PS2 theme?

GUI theme creators, Truant Pixel, have you covered on the possibility at least. The company’s Youtube page uploaded a video today that shows what a PlayStation 2 anniversary theme could look like. You got the classic ocean waves in the background, the blocks/square pillars that use to represent memory and those vague clouds, and the famous light trails. The boot-up sound goes without saying too. Check out the video below for yourself.

According to the video’s description, this took less than three hours to create. Unfortunately, it also states that this will never stand up to the PSN’s submission process. Still this opens the door for what many can and will clamor for. Even if this prototype is “rough” due to lack of refinement. “I should also stress that everything is real-time. From the light trails to the logos, several dynamic fades are utilized to create the illusion of transition, all overlaid above the actual PS4 dashboard, which is running in the background. The intro sequence only plays when the user first logs in, and does not occur again until the next login. No attempts at anything approaching ‘video’ was utilized – hence, all elements run at 60 fps in HD.”

Here’s hoping Sony looks into a PS2 theme for our PlayStation 4s if they haven’t already. 2017 marks the 17th year since the best selling, gaming system released. For sure a weird number to launch an anniversary event, but I’d love for this to happen sooner than 2020. How do you feel about this PS2 theme mockup? Would you purchase or download it if Sony created their own? Let us know in the comments!