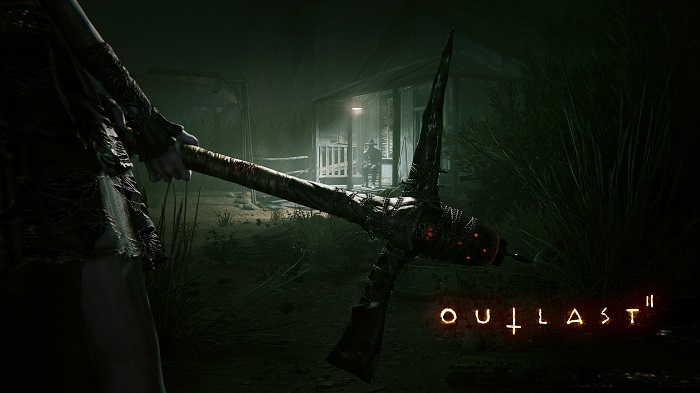 Outlast 2 is soon upon us and developer Red Barrels want us to get nice and ready. What better way to do that than to release the game’s creepy soundtrack within a week of launch. The Outlast 2 soundtrack album is composed and produced by Samuel Laflamme, the man who has worked on the Outlast series before and many French media projects. He too wants us to feel the bone chilling dread ahead of time and made Outlast 2’s soundtrack available to all. It’s over thirty minutes long and can be viewed (read: heard) below.

Above are the time stamps for each song and the track titles. Also, take note of the hidden REDEMPTION within the track list in descending order. Obviously this means something and I’d have to guess it’s the underlying theme behind Outlast 2. Either that or taking a pickax to the crotch like in the title’s demo. Both seem possible really.

Lastly it should be noted that there are excerpts from W.A. Mozart’s Ave Verum Corpus. So anyone who is a Mozart fan and grotesque horror aficionado will find something to like here. Regardless of how mismatched those two are.

Outlast 2 is being developed by Red Barrels and will release on April 25th for the PlayStation 4, Xbox One, and PC. The very first Outlast launched on September 4, 2013 to mostly positive reviews. It was followed by the Whistleblower DLC which was first made available on May 6th, 2014.

Are you excited to once again jump into the Outlast universe? Do you think you’ll be able to survive the deadly onslaught that awaits you in Arizona? Let us know in the comments!