Dragon Ball Xenoverse 2 entertained many fans of the manga/anime late last year. It had a new, comprehensive story in the Dragon Ball mythos, offered quite a few types of multiplayer modes and co-op adventures, and even a freakin’ tournament setup for gamers to bring their custom fighters to brawl. Not only that, but there were monthly events to keep players coming back for more.

Bandai Namco has no plans on slowing down this support for Dragon Ball Xenoverse 2 as they revealed the upcoming events for the next three months. This month is already in full-swing with the release of DB Super Pack 3, which adds characters from the new Super arcs, tournaments, and a raid boss against the Masked Saiyan. Everyone should know that is Bardock by now.

You can check out the specifics of each month in the picture below. You’ll be able to see who is the primary focus for each event and/or month. All of these consist of Spring Online Events so we’re left to assume Summer ones will make an appearance down the line. 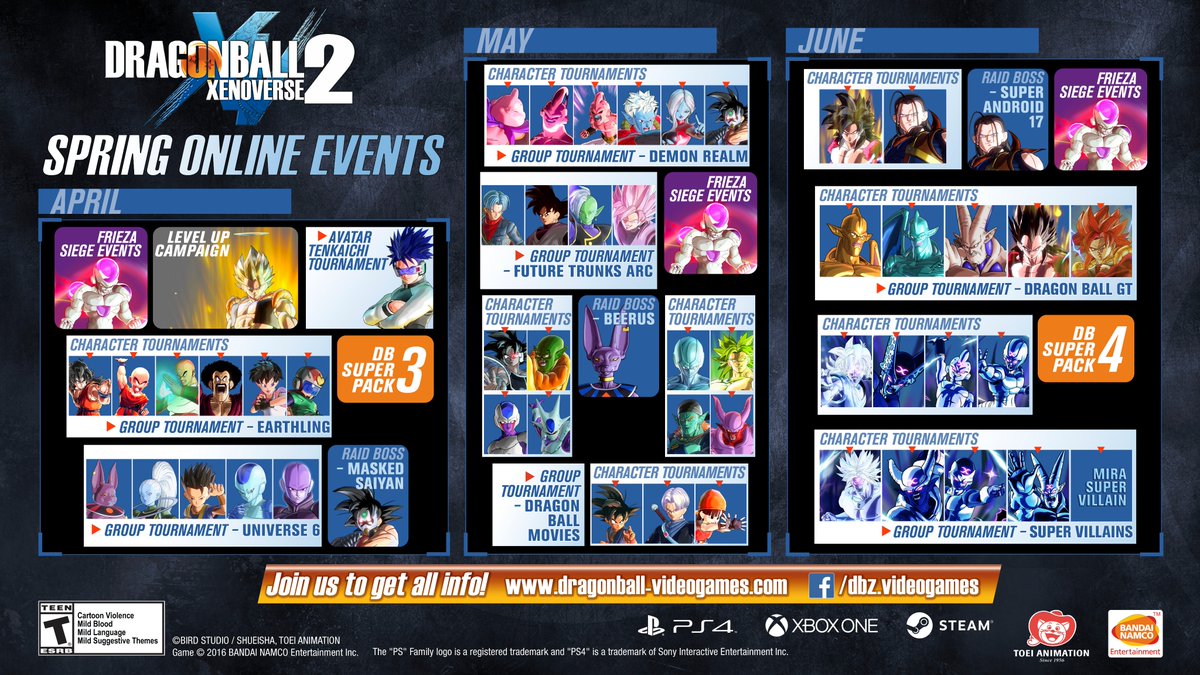 We’re a little surprised that there will only be one Avatar Tenkaichi Tournament in the next three months. That seems like one of the more anticipated events from gamers. After all who doesn’t like bringing their custom created character and their moveset to an online battle royale where you face other custom created fighters?

Have you or will you participate in any of these events? Do you believe your created avatar is the best around and no one can defeat you? Let us know in the comments!