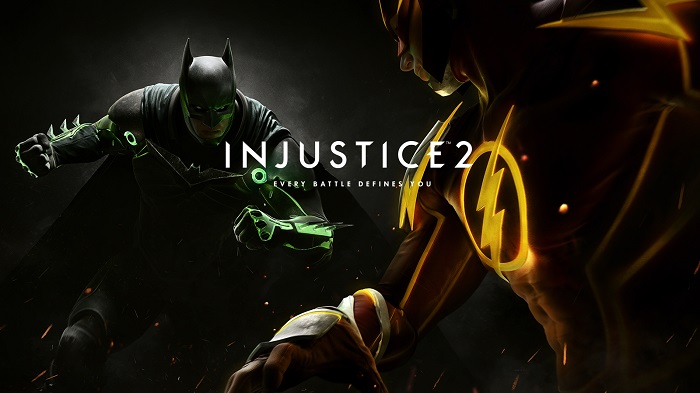 NetherRealm Studios was founded in 2010 and they arguably haven’t made any bad console games yet. Mortal Kombat was hailed as a great return to form for the infamous series and Injustice: Gods Among Us brought a very interesting take on the DC Universe. Sure, Mortal Kombat X lost a step or two, but it was by no means a negative experience. That’s why the upcoming sequel, Injustice 2, is very much look forwarded to when it releases on May 16th. Let’s just hope you weren’t planning on using everyone’s favorite service in Amazon.com to purchase it if you haven’t already. Turns out that the online giant has completely run out of PlayStation 4 and Xbox copies at the time of this writing.

Navigating to Injustice 2’s Amazon product page will reveal that the video game is currently unavailable for pre-order. That includes both systems and the Standard and Ultimate editions. Here’s hoping that you’re seeking NetherRealm’s latest creation from the PS Store, Xbox Marketplace, Wal-Mart, or dare we say it (with a shiver up our spine)…Gamestop. If for whatever reason you don’t want to visit Amazon, we’ve included a handy dandy picture showcasing the unavailableness. I’m aware that isn’t a word. 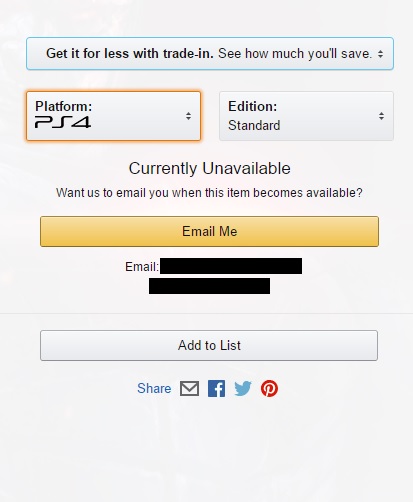 This isn’t the first time that Amazon has sold out of gaming stock. However, it’s up in the air if they’ll get more copies before Injustice 2 releases in a few weeks. Amazon has been very popular among gamers lately thanks to the decent discount you get on new purchases if you’re a Prime member. Plus, the free release date delivery doesn’t hurt either. So if you haven’t pre-ordered it from Amazon yet, looks like you’ll have to risk being hounded at Gamestop or purchase it digitally.

Injustice 2 also got new details in the form of the main antagonist’s moveset yesterday. In case you’ve been living under a very deep rock, Braniac makes his way to Earth with projectiles, robotic clones, and tentacles/probes to fight by his side against our heroes. You can check out that article here.

Have you already secured a copy of Injustice 2 on Amazon or anywhere else? Were you hoping to retrieve the title from the online giant? Let us know your thoughts in the comments below.