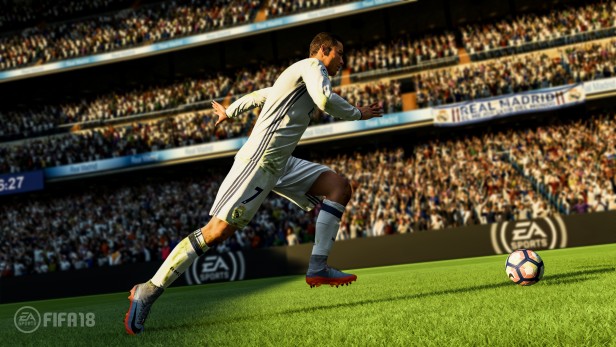 Fifa 17 gained many fans by using an original story starring fictional soccer player, Alex Hunter. The story mode was titled “The Journey,” referring to Alex’s journey from rookie to soccer sensation. Now in Fifa 18, Alex Hunter returns as the main character of “The Journey: Hunter Returns” which features him moving on with his career to bigger and greater things. The Journey: Hunter Returns picks up immediately after where the first game’s story left off. Everyone is talking about Alex Hunter, as shown in EA’s trailer where celebrities repeated his name extensively. The video brings up The Journey: Hunter Returns first plot point where Alex is contemplating if he’d like to transfer teams for a higher salary and more prestige. We don’t have any further information as to where it may go from there.

We do know, however, that the new chapter of Alex Hunter’s life will continue to involve a glitzy, celebrity-filled lifestyle. Legendary soccer player, Cristiano Ronaldo is the first to be announced of supposedly many celebrities that will be featured in Fifa 18’s story mode. Which makes sense as the game plans to take you on a global adventure ranging from Brazil to Los Angeles.

EA has recently started attempting to add story modes to their various sports games. Even Madden 18 is getting its own zero to athletic hero story mode this year.  Hopefully, they continue to add story’s to their sports games for the time being. I’d be really elated to see EA get rid of the create your own character feature entirely to ensure a compelling story.

Madden 18 Announced To Have A Full Story And Use Frostbite Engine
New Game Called A Way Out From Brothers: A Tale Of Two Sons Creator