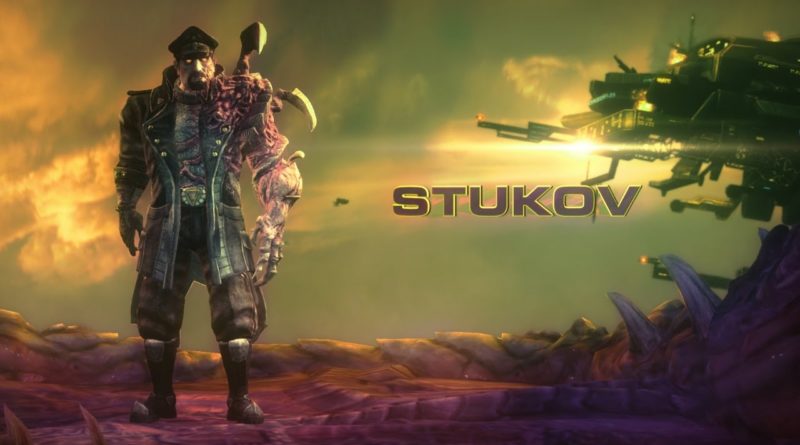 Welcome to the Nexus Admiral Alexei Stukov. We’re glad to have you here. You and all of your parasites, pathogens, and viruses. You’re not what we expected. Anticipation was that you would be a specialist, spreading your infestation far and wide, commanding legions of undead Terran soldiers. But, here you are, a brand new support hero, treating your allies with pathogens and hindering your enemies with viruses.

Team compositions are going to alter around Stukov, changing the focus to an extremely active team. Not only will the characters drafted change, but so too will the way people play them. Adaptability is key when playing any type of massive online battle arena (or MOBA for short). A crowd control heavy team will lend itself to Stukov’s ability to silence in an area. Picture this: A root placed by Malfurion roots two enemy players, Stukov then places his Lurking Arm beneath them, he both silences their abilities and damages them. But wait, there’s more! At level thirteen, the talent “Virulent Reaction” allows him to root any victims caught in his area of effect. To activate the root he must detonate any pathogens and viruses currently applied using his Bio-Kill Switch ability. The capacity to channel Lurking Arm indefinitely makes the combination all the more deadly.

Imagine the vicious potential that characters like Jaina and Chen have. Both have abilities to slow the enemy. This means spending more time in Stukov’s silence for the hindered enemy. Not a good time. At least, not for his foes.

Crowd control is hardly the only utility that benefits Stukov though. Teams that are able to dive on the enemy team suit him just fine. These are known as pursuit compositions. The potential to spread both Healing Pathogen and Weighted Pustule while his team engages the enemy is fantastic. Heals spread to all nearby allies and mend them for 4.5 seconds. That is, unless Stukov chooses to detonate the pathogen before it’s heal over time has expired. To do this, he uses Bio-Kill Switch. With that he can remove the timed heal and increase all affected allies’ health greatly.

Not only can he aid his teammates, Stukov also has a skill that places a virus on his enemies. Weighted Pustule too can be detonated before time runs out. Bio-Kill Switch makes the virus slow (and potentially blind) all effected foes. A slowed enemy is a good enemy, especially for a pursuit team. An Illidan with Stukov’s heal applied to him and a target afflicted by a virus can dive to his heart’s content. Stukov allows a dive heavy squad to jump on the enemy’s back line without hesitation.

Now, while he has a great toolkit, he’s not without flaws. An out of place Stukov is a dead one. There are no ways to escape in his kit. Limited mobility makes him an easy target to displace. A well timed Stiches hook pretty much guarantees death for him. But a one on one fight will lean in his favor. His high sustainability and level 10 talents make him a force to be reckoned with.

The first level 10 skill is Massive Shove. This one lets Stukov push a single target out of place. His arm stretches and propels the enemy in a straight line until they hit a solid object. The impact stuns them while giving him 50 additional armor. The other talent, Flailing Swipe shifts any nearby hostiles out of place with three massive slaps. Both do a decent amount of damage and can be deadly tools in both team fights and solo combat.

Overall, Stukov is a top tier healer with great offensive capabilities. He’s adaptable and fits practically any team. A skilled player will know when to detonate his abilities, and when to let them tick. It will be interesting to see what the future holds for Heroes of the Storm and how the game will change around Stukov.