Bomber Crew review or: How I Learned to Stop Worrying and Love Bomber Crew 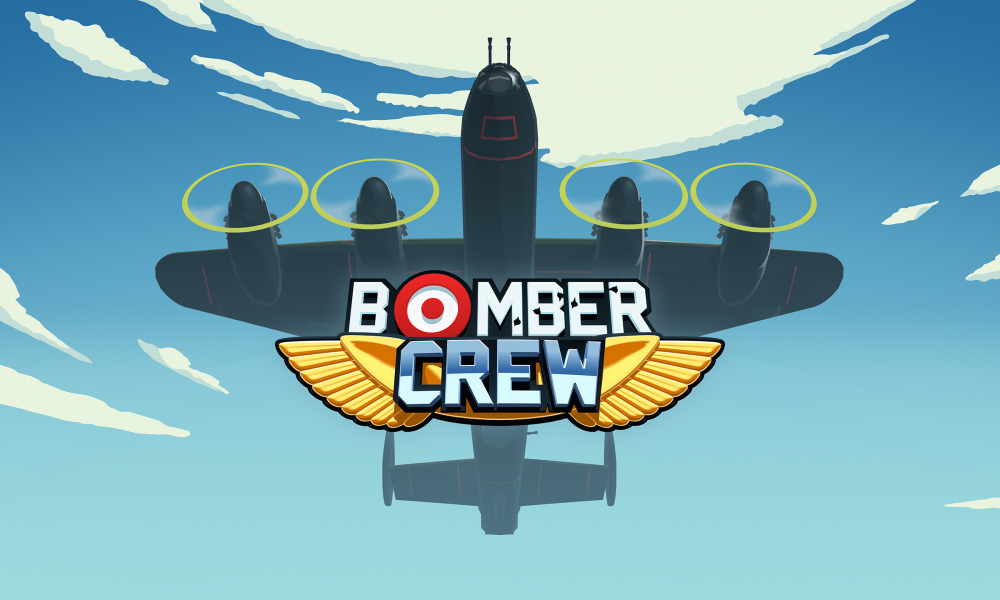 Bomber Crew review or: How I Learned to Stop Worrying and Love Bomber Crew

I still remember my first crash landing in Bomber Crew. My mission was fairly simple. Escort an Allied boat to an Axis port. It was a ‘critical mission’ and came with a high risk but I was confident.

Enemy fighters had been repelled fairly easily and as I blew up the last of the guarding submarines, I turned back towards home, having completed my part in the infamous St. Nazaire raid. Home. The waiting sanctuary of London and my runway.

That was when the shit well and truly hit the fan.

It started with a big increase in the number of enemy fighters. I’d taken a few flak hits completing the main objective but I figured I’d be okay. As we battled, an optional objective appeared. I turned to it, hoping I’d be able to sneak it in before I escaped. That was when the enemy fighter ace appeared.

Before I knew it I’d lost an engine. I lost my engineer, Flight Sergeant Oscar Wingrove, who bravely traversed the wing to keep the right side of the plane attached. My pilot went down and the electrics failed. A squad wipe was inevitable.

I’d learned the first and most important lesson of Bomber Crew. Don’t be greedy. 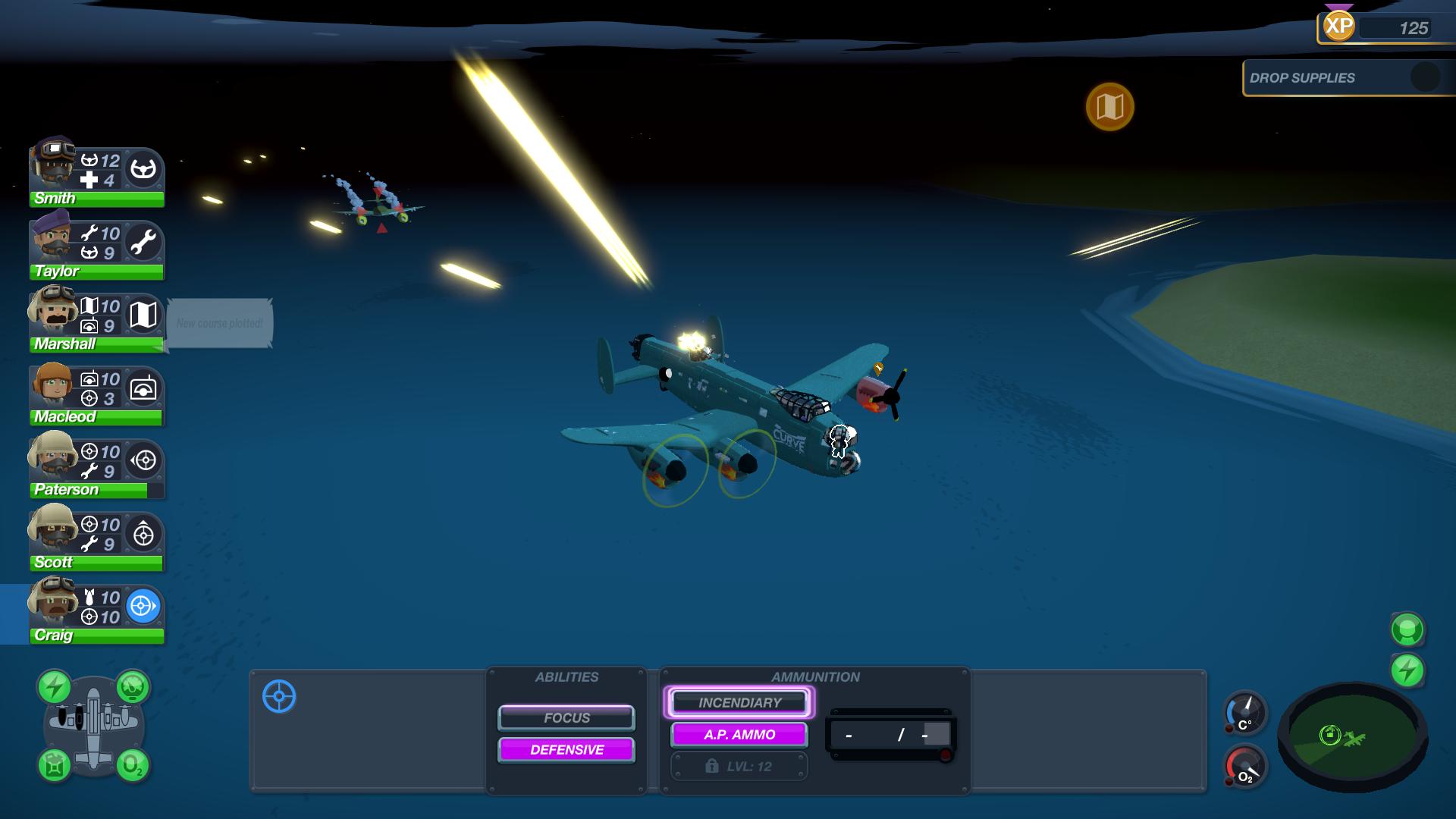 Bomber Crew is a strategy game based around piloting a Lancaster bomber. You start off with a basic plane, green crew and no equipment. As you fly missions, you begin to advance.

Your gunners might level up and get skills which improve their accuracy. You might decide to buy an extra gun turret for pesky low-flying planes. Worried about losing crew more than the plane? Deck them out in survival gear so that when you crash land, they stand a better chance at making it back.

Standard missions are fairly basic, designed to help you raise the money and exp you need to attempt the main story/critical missions. Each critical mission is historically accurate and much harder, offering a nice change of pace from the basic standard operations.

Controlling the plane is slick and moving your crew around is fairly intuitive, a good thing considering Bomber Crew is closer to a simulation than you might initially think. You’re required to control the hydraulics, landing gear and turret ammo. Oxygen levels and temperature can climb and plummet, making micromanagement necessary.

It looks excellent as well. The bold, cartoon graphics make for a great art-style that is accessible without compromising depth. Everything is clearly indicated and the stripped-back style helps in the middle of a storm, with flak exploding on every side while you try to set up for the next bombing run.

Bomber Crew puts a lot of effort into letting you create the narrative. You become attached to certain crew members and each choice you make, no matter how small, will determine their eventual fate. I quickly got attached to the crew of my first plane ‘Jolly Good Show’ and losing them along with the plane in one swift blow was gut-wrenching.

This aspect of player-made narratives makes up for the fairly basic standard missions. They lack variety and are mostly used to farm for the main missions, which have much better and more unique feeling objectives.

Bomber Crew is at its best when all of this comes together, when one of your crew makes a heroic play during a critical mission. When your plane limps out of a huge dogfight, you feel invincible. It’s a shame that sometimes these basic missions feel like a necessary grind to reach these moments.

If you read our initial impression, you’ll remember that we found Bomber Crew to be a manic love-letter to games like B-17 Flying Fortress  and Cannon Fodder. Playing the full game confirms that. At its core, Bomber Crew is excellent.

There’s a lot of thought and a lot of heart on display from developers Runner Duck. If you’re a fan of frantic strategy, rogue-lites or WW2 bombers, Bomber Crew has a wide range on offer for those looking to tag along for the ride.

South Park: The Fractured But Whole Now Has an Hour-Long Demo
Injustice 2 Finally Planned for a PC Release, Complete with Open Beta