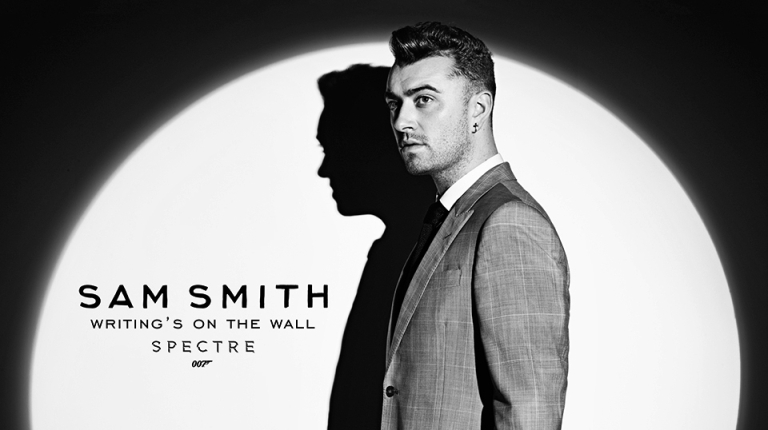 The new James Bond franchise main theme has been released recently. Writing’s on the Wall is the title track of the Spectre’s soundtrack and it is written by Sam Smith in collaboration with Jimmy Napes and Disclosure.

“This is one of the highlights of my career. I am honored to finally announce that I will be singing the next Bond theme song. I am so excited to be a part of this iconic British legacy and join an incredible line up of some of my biggest musical inspirations. I hope you all enjoy the song as much as I enjoyed making it,” said Smith.

Grammy Award winner, Smith maintains the tradition started in 1965 by other British solo singers like Tom Jones with Thunderball and continued by Adele with Skyfall. One of the former Bond actors, Roger Moore liked the new song and stated that: “Sam Smith has delivered a very haunting and wonderfully orchestrated Spectre theme song. Well done!”

Spectre will be released in theaters on November the 6th.

You can listen to the new Bond song here.

Song of the Weekend: Bruce Springsteen – Streets Of Philadelphia
TV shows vs movies – Which one is better?