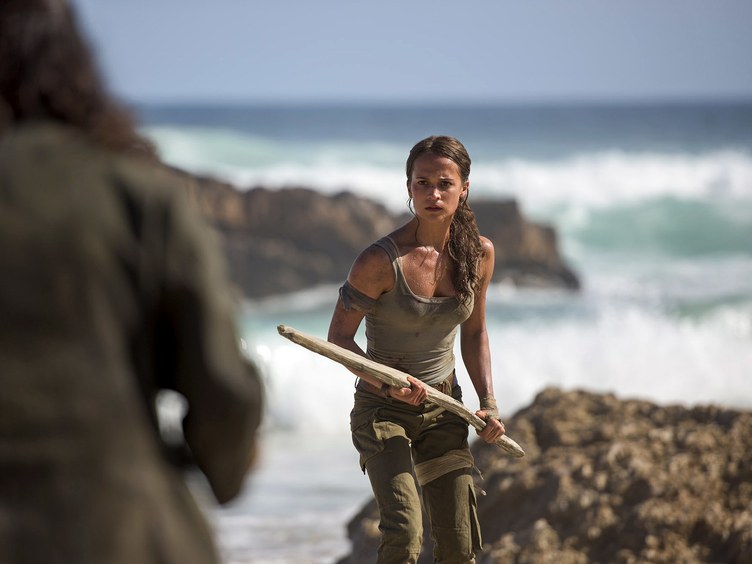 Warner Brothers and MGM have given us more images from Tomb Raider of Alicia Vikander as the gaming icon Lara Croft. A post by Vanity Fair reveals the Ex Machina star in full iconic tomb raiding attire and looking like a great fit for the role.

The film sees Lara looking for he long lost father who had dissappeared off the coast of an island in Japan many years prior to the film. At the same time, do not be surprised if during the film she stumbles upon some ancient treasures. Hopefully she knows that everything she finds “belongs in a museum”.

The film appears to be influenced heavily by the newest incarnation of the classic gaming heroine. The first title in the newest series simply called ‘Tomb Raider’ was released in 2013 for Xbox One, Xbox 360, Playstation 4 and Playstation 3. The sequel, ‘Rise of the Tomb Raider’, was a timed exclusive on the Xbox One in 2015 and was released as a definitive edition on the PS4 last year. Both were also released on the PC and there have been rumors of a third installment in the works.

Tomb Raider is set to release March 18, 2018 and will star Alica Vikander as Lara Croft, Dominic West as her father Richard and Alexandre Willaume as Conrad Roth. This will be the third time we see Lara Croft on the big screen as we were treated to two films in the early 2000’s starring Angelina Jolie as the titular character.

Are you hopeful that Tomb Raider will break the game-to-film curse after Warcraft and Assassin’s Creed failed to? Let us know down below in the comments.