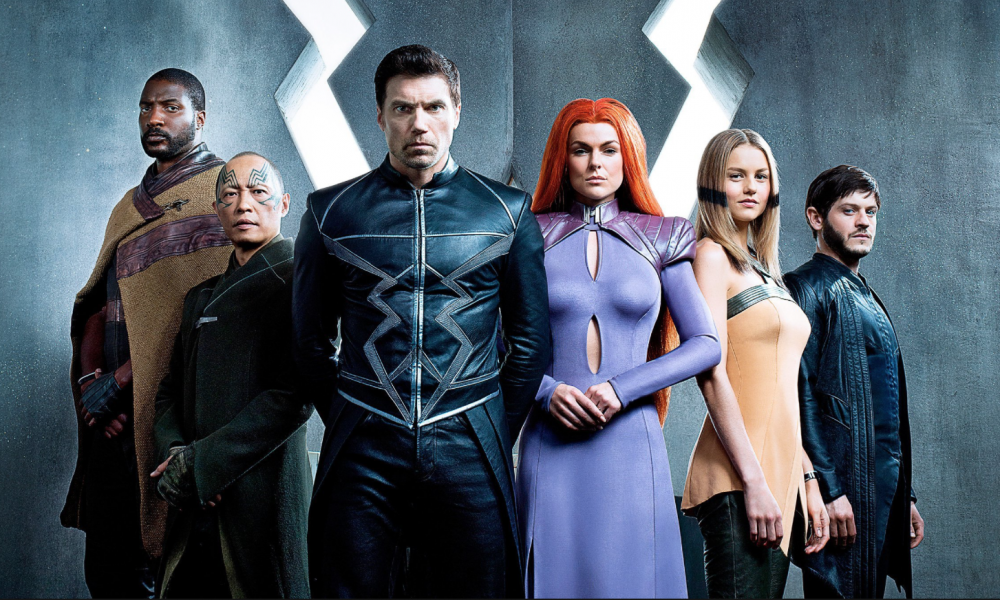 Comic book fans were excited to hear that Inhumans were announced to be a part of the Marvel Cinematic Universe a while back. Eventually, they dropped it from the MCU and announced that it would be made into a series. Now we finally received our first trailer for the show. We got a small look at the main cast of characters such as Black Bolt, Maximus, Auran, Gordon, Karnak, and the list goes on. We even get a look at Black Bolt’s companion Lockjaw.

A couple months back, some set photos were released of the characters and they were not exactly well received. Mostly concerning Black Bolts super snazzy leather outfit. Now that we have a trailer, the response is somewhat more positive. We get a taste of the drama brewing between Black Bolt and his Brother Maximus about going to Earth. While the Inhumans have also been tied to the series Agents of Shield, it has been confirmed that Inhumans is a standalone series.

Hopefully, Marvel will make better decisions with the Inhumans series, as the initial release of Agents Of Shield was not well received. It’s tough to think they can bring another series back from the dead if they misstep. Although information concerning crossovers has been very vague, it’s hard to think that they would not capitalize on this opportunity. Especially, since every other part of the universe has been tied together. While Inhumans is still a little ways off, it’s slated to drop September 1st, at least we have a little piece of what to expect.