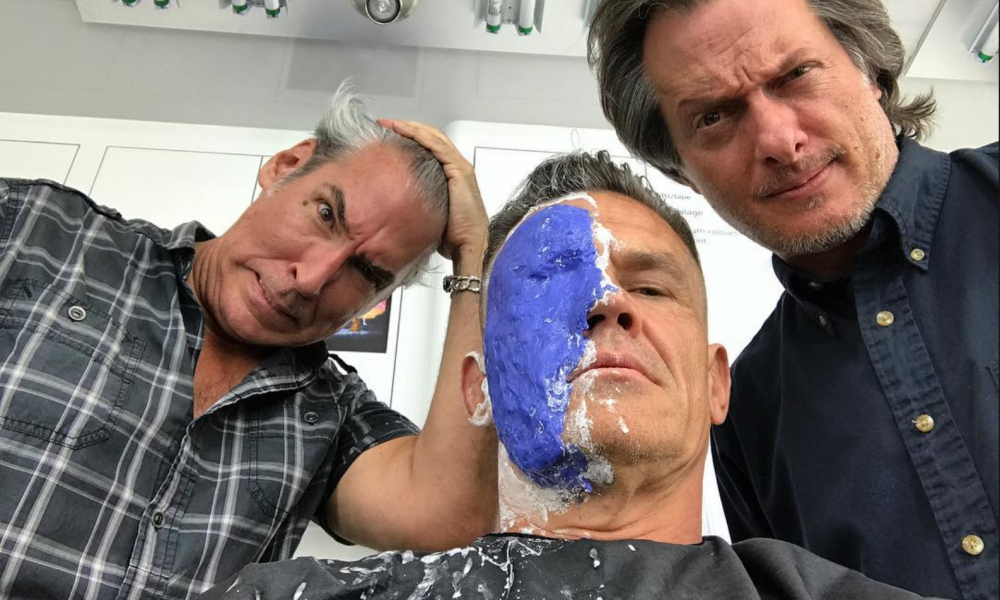 After the extremely well received Deadpool movie, it was tough for any fan not to be impatient for news of a sequel. For a while, we were only getting what seemed like bad news. Tim Miller, the director of the first film, walked due to creative differences involving story and casting. It was hard not to be a little nervous. But then we got casting news. Seasoned actor Josh Brolin was officially cast as Cable. This seemed to be good news for fans. Aside from the confusion over him playing two different Marvel characters, as he is already Thanos and he is set to appear in Avengers Infinity Wars.

Brolin has not been taking the role lightly. Literally, the actor has been filling his social media with photos and videos of his vigorous weight training regimen on his transformation journey into Cable. Now, we have a post from Instagram of Brolin in the makeup chair for Cable. Which is stellar news for fans, because this means filming on the highly anticipated sequel is about to be underway. While this isn’t exactly a leaked set photo, it is still very exciting for comic book fans. He also seems to be extremely excited about the role and has even been posting funny banter towards Deadpool costar Ryan Reynolds.

The expected release date for Deadpool 2 is slated for June 1st, 2018, but there is a strong possibility the date could change. At least this news tells us the film is well on its way and Josh Brolin is looking good.