Jumanji: Welcome to the Jungle Trailer Breakdown and Analysis 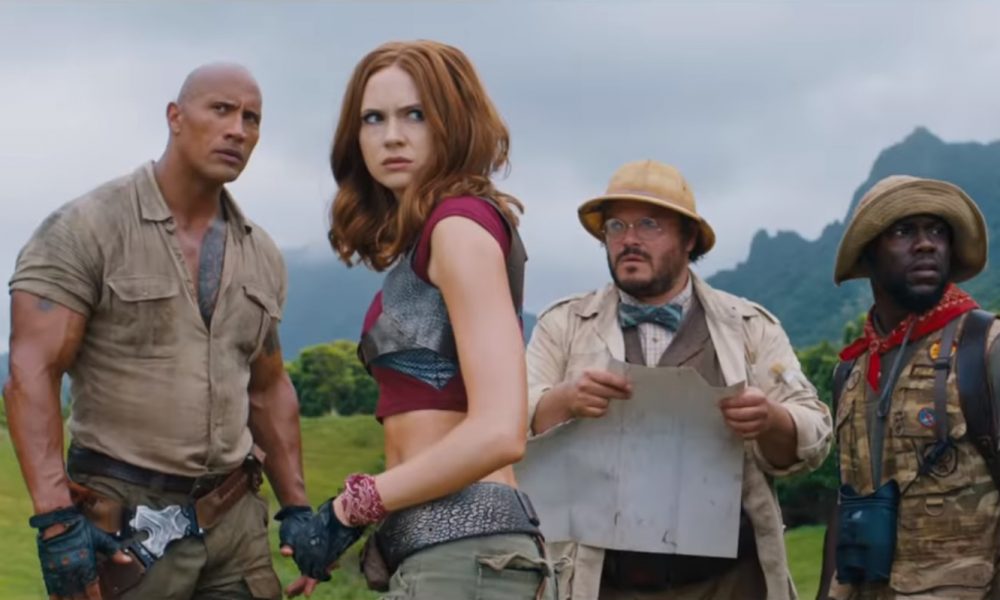 Jumanji: Welcome to the Jungle Trailer Breakdown and Analysis

The trailer opens up with an introduction to our four lead characters. There is Spencer (the nerd), Bethany (the popular girl), Fridge (the football player), and Martha (the unpopular girl). They all get sent to detention and their job is to clean out the basement. This is the plot device that allows them to find the Jumanji game.

Now a retro-looking video game console rather than a board game, the four main characters boot it up and are sucked into the game world once they pick their characters. After a brief mix-up, the main characters are revealed to have turned into the avatars for the game they chose. The nerd has become The Rock and the football player has become Kevin Hart. After more narration, it’s revealed that the unpopular girl has become Karen Gillan, who moviegoers may recognize as Nebula from Guardians of the Galaxy. Finally, the popular girl has become Jack Black.

The rest of the trailer is basically just the main cast making jokes and coming to terms with their new bodies. There’s the Kevin Hart tradition of making fun of his own height, the nerd falling in love with his new muscles, and Jack Black doing his best impression of a teenage girl. Since it’s a video game, they also all have special abilities which they show off as well. This includes enhanced speed, durability, and strength. The trailer ends with a flurry of action shots and the main logo.

This Jumanji movie seems to be taking a very different approach to the concept but also trying to be nostalgic in a way. The idea of a Jumanji world inside a game has been modernized very accurately. Most kids nowadays would be playing video games on a console or mobile device rather than board games. We’re also so far into this trend of video games, that a retro-looking console fits the narrative of the Jumanji game being this old, forgotten thing.

As for nostalgia, the four main characters are very typical stereotypes from films in the 90s, like the original Jumanji. The nerd is a wimp who cries a lot and is on medication, the jock tries to act cool and better than the nerd at all times, the popular girl is lazy and petty, and the unpopular girl is the female version of the nerd.

Another nostalgic element of these films is that each of these stereotypes is played with when they all get sucked into the game. The old “live a day in another’s shoes” saying comes to life in a comedic way that plays with our preconceived notions of each of the actors. For example, the Rock acts like this scared, teenage boy and Jack Black “literally can’t even.”