Spider-Man: Homecoming Review – An Entertaining Ride from Start to Finish 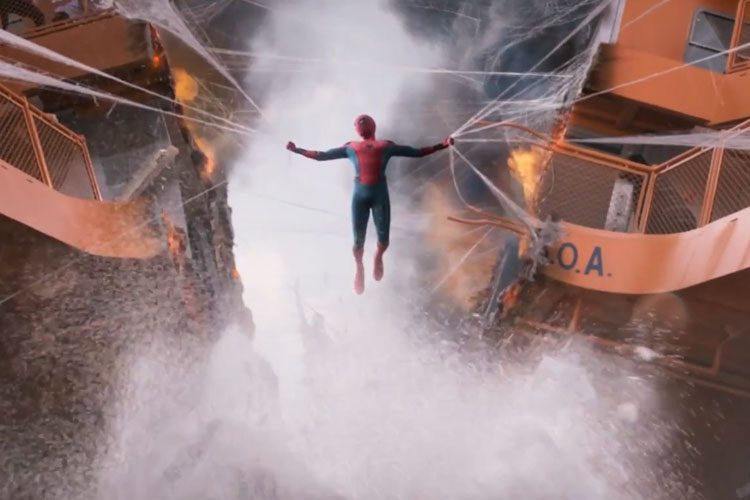 Spider-Man: Homecoming Review – An Entertaining Ride from Start to Finish

Spider-Man: Homecoming is the story of Peter Parker, a name most moviegoers should be very familiar with by now. After teaming up with Iron Man in Captain America: Civil War, Peter has been maintaining a loose contact with him as he continues his super-heroics. After coming across the sinister Vulture, Spidey sets out on a mission to stop him. All the while, Peter is being hounded by Iron Man to take things slow before taking on supervillains. He also needs to maintain his academic career and social life in a balancing act that causes some serious issues for our friendly neighborhood Spider-Man.

I’m sure most people gathered this much from his brief appearance in Civil War, but Tom Holland is hands down the best Spidey put to film. That isn’t to say Tobey Maguire and Andrew Garfield didn’t do fantastic jobs in their own right, but Holland just did that much better. He strikes the perfect balance between Peter Parker and Spider-Man and still manages to show off some impressive acting chops despite some goofy scenes. There’s one scene towards the end in particular where he shows off this ability, to the point that I even started to cringe at how much pain his character was in.

Going in, I thought the high school and coming-of-age elements would bother me and feel out of place, but they were the most unique part of this movie. Watching a superhero struggle to maintain two different lives/identities is definitely a played-out trope. That being said, the dynamic between all of the characters in Peter’s life as a student or as a superhero made them seem more realistic and very entertaining to watch.

Speaking of realism, the Vulture is one of the most relatable and human seeming villains in the MCU. Not only did Michael Keaton play him in a way that was truly understandable and desperate, he also managed to feel incredibly intimidating at the same time. He’s an incredibly memorable addition to the MCU’s roster of villains and is the best villain they’ve had in a very long time.

**Spoilers Ahead! Read at your discretion**

I’m also glad that they didn’t spend too much time on Peter’s origin in this film. There are a few nods to it, like mentions of the radioactive spider and to Aunt May being distraught over something (a reference to Uncle Ben). However, there is no “with great power, comes great responsibility” speech, at least not directly. The lessens that Iron Man tries to convey to Peter basically fall in line with this ideology, but he never outright says it. It comes across more as common sense than an overly-preachy and out-of-character lessen, which is entirely in line with Stark’s character.

That being said, the lack of an origin story is one of the weaker parts of this film. Yes, most of the audience knows the story already from the ridiculous amount of interpretations we’ve seen recently. That being said, this film ends up being entirely too reliant on the MCU in order to tell its story.

It is part of the MCU and that is a fact that should be celebrated, but there were several instances where the plot moved forward as a direct result of characters like Tony Stark, his assistant Happy, the Chitauri, Ultron, etc. Some of these cheeky references worked fine as just fan service, like with the Captain America tapes. However, the entire plot focuses on the bad guy selling weapons based off Chitauri tech and Ultron bits and then ends with a fight over Stark tech. If you didn’t watch the Avengers films, you’ll be somewhat lost, which ruins the immersion you’re supposed to feel when watching a movie like this. This isn’t a very inclusive way to start a new series of films, which Spider-Man: Homecoming is set to do. This is a small complaint, though, and the main plot is comprehendible enough for most people.

Regardless, Spider-Man: Homecoming was a solid movie and I highly recommend everyone go out and see it. MCU fans will love how it fits into the overarching storyline and casual moviegoers will be entertained regardless. 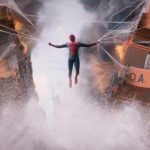