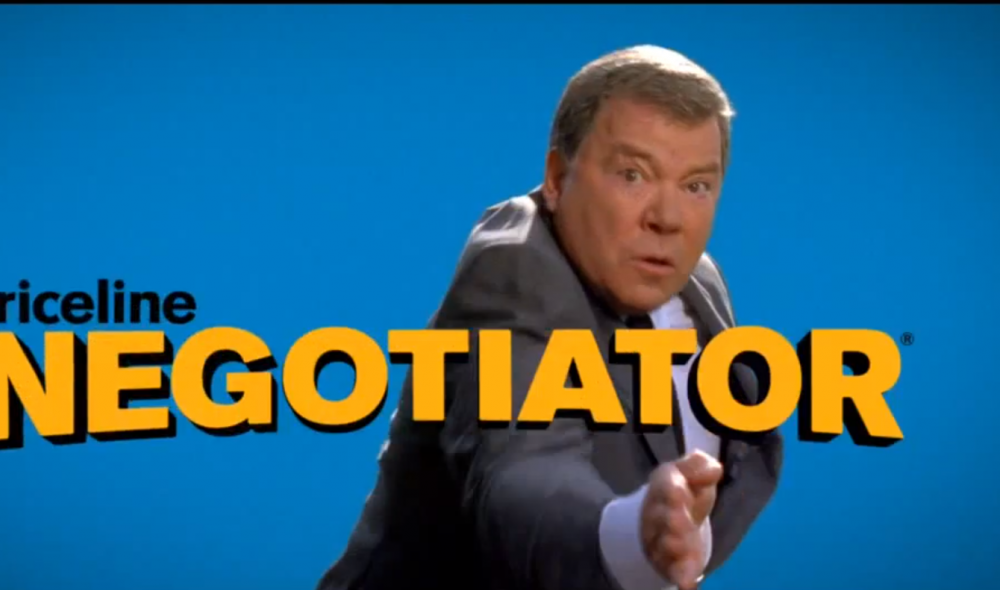 There are few things the world seems likes more than taking a perverse pleasure in seeing celebrities that have fallen from grace. Whether they crashed and burned or they simply fell out of the limelight, faded celebrities have become an obsession for millions in our reality TV obsessed world.

Long before The Osbournes created a vehicle for washed up actors, musicians and athletes to re-enter public life and gain their celebrity again with outrageous antics and talent contests on reality television, for decades the only option fading stars had was to harness their last remaining star power to become the spokesperson of a brand on nationally broadcasted ad campaigns.

While most former stars now prefer to dance, sing or skate themselves back into the national consciousness, there are plenty of celebrities that have instead opted for the old school approach of using their renown to endorse products or services on TV. With that in mind, let’s take a look at some of the most memorable celebrities who found new life as spokespersons.

One of TV largest personalities for decades, Shatner is perhaps best known for his iconic role as Captain Kirk in the original Star Trek TV series and films. He later also played the larger than life lawyer Denny Crane in David E Kelley’s hit show Boston Legal. However, shortly after he came to be known to travel enthusiasts for a different role: The Negotiator. Using his oddball persuasion skills and physical intimidation, The Negotiator procures the best online travel deals for Priceline.com’s customers. Eventually The Negotiator was teamed up with The Big Bang Theory’s Kaley Cuoco, who plays The Negotiator’s daughter who helps him fight high prices.

Though he’s appeared in well-known films such as Jingle All The Way, Men in Black and Fear and Loathing in Las Vegas, most of you will remember Vernon Troyer as the unforgettable miniature evil clone of Dr. Evil, Mini-me, in the hugely popular Austin Powers series.

But once he stopped humping the laser, in 2004 he became best known in his new role as ‘The Boss’, the main villain to beat in a game against the house at BGO.com online casino. If you are interested in trying to beat the Boss yourself, make sure you first check out a BGO casino review.

If you lived in the 80s and 90s, you will certainly remember seeing the chiseled Italian hunk Fabio adorning TV shows such as Acapulco H.E.A.T. and The Bold and the Beautiful, as well as countless covers of the romance novels your mother used to read. But other than a few comedic cameos as himself in films like Zoolander and Dude Where’s my Car?, Fabio has found a decades long career as the spokesperson for butter substitute Can’t Believe It’s Not Butter! since 1994, as well as adding Old Spice, Geek Squad and Oral B to his repertoire at the turn of the millennium.

Most people reading this article may not know who June Allyson is. A veritable star in the 40s and 50s, Allyson was one of the most popular female performers in the world, even winning a Golden Globe for her work in 1951’s Too Young to Kiss. However, most people today are unaware of her legacy and only know her as the spokesperson for Depend Underwear and adult diapers, a role she performed for over 20 years. While not the most dignified way to be remembered, Allyson only took the job to raise awareness, due to her mother’s struggle with incontinence.

One of Hollywood’s greatest falls from grace, Orson Well was once on top of the world. Becoming huge after his infamous radio broadcast of H.G. Wells’ The War of the Worlds, Wells would then go on to direct, co-write and star in what is considered by many the greatest film of all time, Citizen Kane. Kane was loosely based on the life of newspaper magnate William Randolph Hearst, who would then all but ruin Welles career and reputation. In the 1970’s, Welles signed up as the spokesperson for Paul Masson wines, where he waxed poetic about their wines – or tried to anyway. Years later a video would surface showing Welles drunkenly fumbling his lines.

Jamie Lee Curtis was known as one of the original scream queens, appearing in almost a dozen horror films throughout her career. She also starred in multiple hit comedies and action films, such as Trading Places, A Fish Called Wanda and True Lies. In 2011 however, Curtis would become the spokesperson for Activia, a yogurt designed to aid women’s digestive systems.