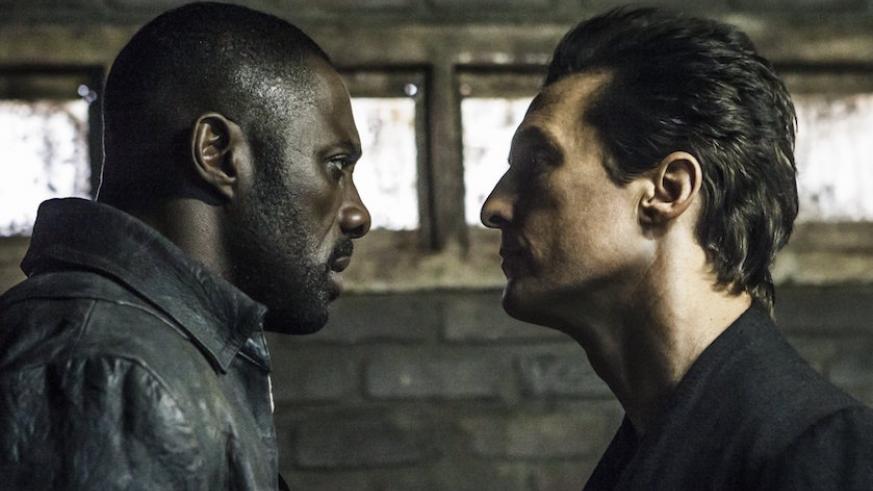 My childhood was a rather odd one; while other children were reading more kid friendly books like One Fish, Two Fish. I was hunkered down in my parents library reading their Stephen King Novels. Perhaps this explains why my teachers often gave me odd looks when they read my stories or essays.

I also watched the movie adaptations including the clown fear inducing IT miniseries and have many fond memories of my cousin taking down all her clown pictures in her room before going to sleep.

I was excited when they announced that The Dark Tower was going to be made into a television series, perhaps even getting picked up by HBO. However any attempt to make a film version of the series was met with disappointment as they never came to fruition. When it was announced that once again The Dark Tower would be made into a movie I didn’t even bat an eyelash. I assumed like all the other attempts this one would fall into production hell never to be seen again.

Then they announced the cast, a trailer followed, and fast forward to the release I was sitting in my local cinema waiting to see a movie many waited so long to see.

For those non readers The Dark Tower series is King’s magnum opus. It follows a gunslinger Roland Deschain as he pursues the mysterious Man In Black to strange Dark Tower. Roland’s world has as many put it ‘moved on’ aka the apocalypse happened. Now it is a barren wasteland of monsters and mutants. Eventually characters from our world join Roland in his quest forming what is known as a Ka-tet. With the Ka-Tet Roland is able to defeat the ultimate evil and scale the tower, only to start the whole cycle all over again.

The writers for Dark Tower promised they were not going to retell the novels. Instead the movie picks up at the end of the novels. Roland’s attempt was successful and he is gifted the horn of eld a magical horn once missing from his world.

While Roland wanders the wastelands, in our world a young boy Jake is plagued by nightmares of monsters, the man in black and the tower. The Tower links all of King’s stories into one universe and if the tower fall hell on earth will be unleashed. Of course no one believes Jake thinking he is suffering from mental illness, when escaping the man in black’s captors Jake finds a portal and is able to transport himself to Roland’s world. Jake meets Roland and convinces him to come back to Earth to save it from the Man in Black.

Idris Elba plays Roland the Gunslinger, while many took issue to the casting choice Elba proved he could pull off Roland. Sadly I was not impressed with the casting of Matthew Mcconaughey as the Man in Black. Mcconaughey cannot pull off being a sinister evil person. Jake played by Tom Taylor played the role of sidekick quite well. I was sad however to not see the other members of the Ka-Tet as the movie focused on the bond between Jake and Roland like it does in the novels.

The special effects and imagery were spot on as well as the fight scenes in the film. If you’re a King fan you’ll be able to spot all the fun easter eggs in the film calling back to King’s other works. The Horn of Eld is also featured in the film and if you’re keen eyed you’ll see it.

If there is a sequel to this movie, perhaps we might get to see the final big bad The Crimson King, a role I would love to see Mads Mikkelsen (Hannibal, Dr Strange) take on.

Now to wait on Stephen King’s IT to make a new generation fear clowns.