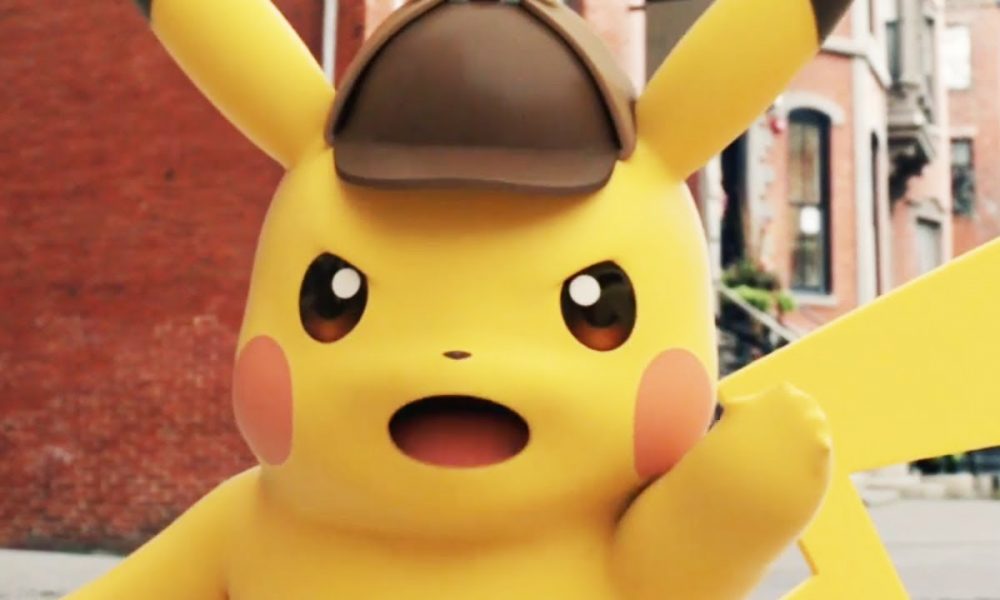 A long time ago, I was on a school trip in Cleveland, and my class stumbled across a line of cars with New York license plates. After several minutes, we realized we had found one of the shooting locations for Spider-Man 3, and it was a pretty cool experience. Now, a bunch of people are witnessing that same elation in London after discovering the shooting locations for the upcoming Detective Pikachu movie.

On Saturday, Twitter user HowardBud posted a few pictures of what appear to be props for a police department set in the world of Pokemon:

If you click on the photographs, you will see that the giant stone sign reads “Police Department Ryme City.” Ryme City is the setting for the Detective Pikachu game, so obviously it will also be in the movie. Moreover, the billboard has several “Join Us” posters and a few pictures of missing Pokemon. Why three of the pictures are of Machokes, one is of a Graveler, and the last is of a Pancham, though, is beyond me. Either someone’s really desperate to find their Machoke or three different Machokes have been pokenapped. Oh, and I just love the plaque:

In the great spirit of Ryme City, all humans and Pokemon are welcome at all times in Police Plaza.

Police Plaza is private property and no rights of way are intended to be dedicated over the property. You are very welcome to enjoy the area. However, there are a few rules for the enjoyment, safety, and security of all:

-No skateboarding
-No roller-blading
-No cycling

Please note that images are being recorded for the purposes of:

If HowardBud had been the only person to find these props, I would have chalked it up to a hoax, but no, other Twitter users have confirmed these props exist, including Mr.G, who got a close look at the Police Department sign. Turns out the little guy between the two police officers is the legendary Pokemon Victini:

Is he the RCPD’s mascot, or does the Chief of Police actually own a Victini? I am very curious. But, out of all the leaked images on Twitter, my favorite has to be PokeJungle’s photographs of cardboard cutouts and chroma key suits:

Behind the scenes during filming of Detective Pikachu! pic.twitter.com/3vQdlZ1Qg2

If I were to hazard a guess, these pictures imply the Detective Pikachu movie will feature plenty of CGI Pokemon, including what appears to be a Treecko and a Loudred. While I would have preferred good old-fashioned animatronics, I am nothing if not willing to give the filmmakers the benefit of the doubt. As long as the CGI completes the illusion of a human having a conversation with a talking Pikachu (voiced by Ryan Reynolds), I’ll be happy.

I look forward to more Detective Pikachu movie leaks and the eventual trailer.